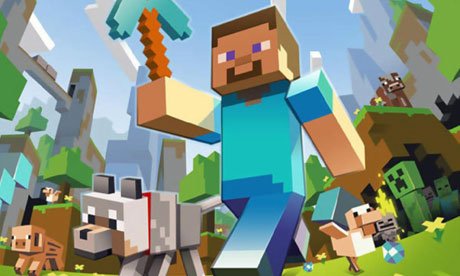 Sony has confirmed that Minecraft: PS4 Edition is available to download on the PlayStation Store.

The PS4 Edition will boast the same world-transfer capabilities of the Xbox One version, allowing you to play your PS3 worlds on PS4.

The PlayStation version will also include the cut-price for previous players, allowing you to download the PS4 version for £3.99 instead of the usual £12.99 if you previously purchased the PS3 Edition.

No release date for the physical version of the PS4 Edition has been revealed. There is still no news on the Vita version yet.

Microsoft has announced that the Xbox One version of Minecraft will be coming to the console this Friday (5th September).

Revealed on Xbox Wire, the game will be available to download for £15.99/$19.99 on the Xbox Store. Players who previously purchased the Xbox 360 Edition (either download or retail version) will be able to get the Xbox One Edition for £3.99/$4.99 by signing into their Xbox Live account.

The Xbox One version will include all the features present in the Xbox 360 Edition, a greater draw distance and an increased map size, said to be 36 times bigger than the previous version. This understandably means that transferring Xbox One worlds to Xbox 360 will not be possible.

The game will be getting a physical release during later in the year, however some retailers will be stocking digital download codes for the game.

In terms of the other versions of Minecraft, IGN reports PlayStation France confirmed on Twitter that the PS4 version will be released today as part of the 3rd September PlayStation Store update. A retail release date has not yet been announced.

We are also still waiting on the release date for the Vita version.

These releases come after the games suffered a delay from their prospective August release date, following an extended round of bug-fixing.