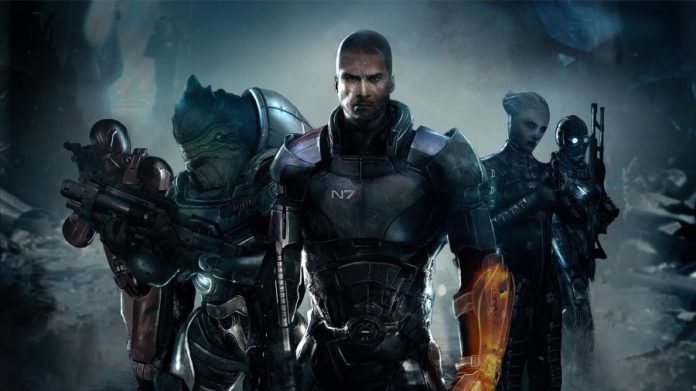 Bioware dropped a metaphorical bombshell during EA’s E3 conference as they unveiled the next instalment to one of their most popular franchises.

No, we’re not talking about Dragon Age Inquisition; we’re talking about Mass Effect 4. A franchise that a lot of fans assumed we’d seen the end of after Commander Shepards’ epic trilogy came to a close (If you completed Mass Effect 3 you’ll know why.)

The series’ next instalment looks to be at an early development stage at this moment in time and a lot of the footage was labelled as conceptual, but the fourth instalment looks as gorgeous as ever as it takes players through space to side of the universe left untouched by previous games.

Bioware have made it extremely clear that they have been listening to what fans want and using this to steer the franchise into a new direction. This meaning that the story will involve new characters and places for you to discover as you explore a whole new legion of space. The E3 teaser video shows some of the new planets containing familiar species such as Krogans.

The footage from the video showed a shot of what can only be assumed as the protagonist which is clearly not Commander Shepard, however the character is definitely humanoid and assumed to once again be a human.

Do you believe another instalment into the Mass Effect series is necessary? Or should it be left as a trilogy? Let us know in the comments or tweet me @JonathonAalders