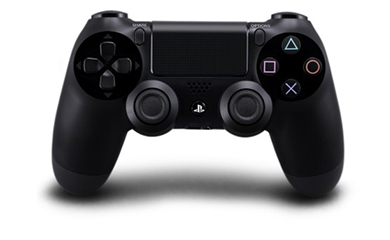 Speaking with IGN Mark Cerny, the creative mind behind PS4’s development, revealed that Sony settled on the current PS4 controller design due to feedback received from major shooter studios. The new DualShock 4 comes packed with a touch pad located at the center, share and options buttons that have replaced the select and start buttons, redesigned analog sticks for an optimal grip, and a strange light bar on the front; which is used for the PS Eye.

Mark Cerny also detailed the number of controller’s that were tested before the final decision was made.

“We made and tested a ridiculously broad style of controllers,” Cerny told IGN, “and we would actually have people play games with them. And the current controller design came out of that. We did indeed conclude that the two joysticks on the same level works perfectly well. That did come out of our testing.”

But Cerny stated that testing did not stop with consumers. “We sent out prototypes to major FPS creators. We looked at the top-selling titles, if they were people we could talk to, we began sending over a stream of controllers. And we would ask them things like concavity or convexity, or trigger pressure, or trigger location, or accuracy, or the like.”

Cerny concluded by saying: “It was extremely helpful to have the designers of some of the top FPSes on our controller design project.”

The Xbox 360 and Xbox One controllers contain off-set analog sticks instead of the parallel sticks the PS3 and PS4 have. The Xbox controllers have been deemed to be better suited for shooters and the majority of consumers prefer the weighty design over DualShock’s small weight. But contrary to popular belief it seems as though shooter devs are fully behind the new DualShock redesign and seem to have a preference for it over the new Xbox One controller.

The PS4 is set for a November 15 release date in North America and November 29 in Europe. Xbox One is launching November 22 globally.