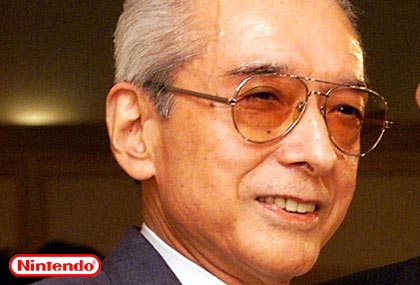 He’s one of the most important people in gaming you’ve probably never heard of. but today, at the age of 85, Hiroshi Yamauchi has sadly passed away.

Nintendo started out life as a Japanese trading and playing card company in the 19th Century. However, under Yamauchi’s vision, Nintendo branched out into the United States in the mid 1950’s, before eventually becoming an electronics company by the 1970’s. Under his stewardship, Nintendo would be the most ground-breaking electronic entertainment company in the world, with such innovations as Game and Watch – the first portable gaming system ever created – as well as the influential NES, and SNES home consoles. His Gameboy system would come to dominate and influence the handheld gaming market for several decades, and the button configuration seen on that console has become almost the standard for every controller seen ever since. This was the man who gave us such influential characters and Donkey Kong and Mario, and brought the idea of electronic gaming out of the arcades, and into the hands of the masses. His influence in gaming can be seen in every console, every handheld, and most of the games we play today. Quite simply, his work in this industry is pivotal.

He saw the future in the 1980’s, and brought it to fruition. Nintendo may be struggling at the moment with the decline of the casual gaming market and subsequent failing of the Wii U and 3DS in terms of sales and development backing, but that should not tarnish the reputation of one of the most important people gaming has ever seen.

Rest in Peace Mr Yamauchi, I shall dig out my old Gameboy and play Pokemon Red as tribute.