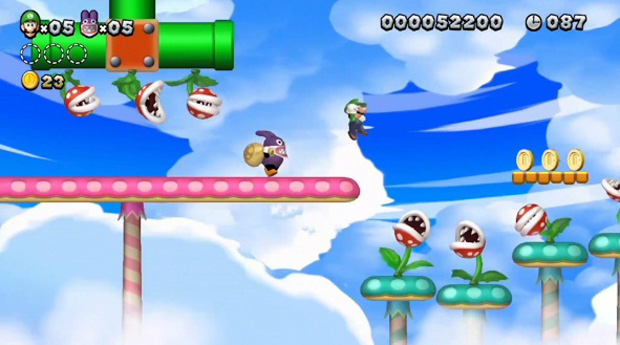 Have you ever played Super Mario Bros. and hated that red bastard for always stealing the spotlight? Well, now, in line with Nintendo’s “Year of Luigi”, you can now play an entire Mario game … sans Mario*.

You may be asking about prices, and those have also been announced. The download will set you back $19.99 and the disc will cost an extra ten bucks, at $29.99.

Is there a market for this? Does anybody want this? Will you be buying, and if so, will it be to just have more SMB levels? Let us know in the comments below.

*When I say sans Mario, I mean sans Mario. Multiplayer (presumably five-player as in the original game) will return, allowing you to play as either Luigi, Ala-Gold (yellow toad) Bucken-Berry (blue toad) or purple thief Nabbit.