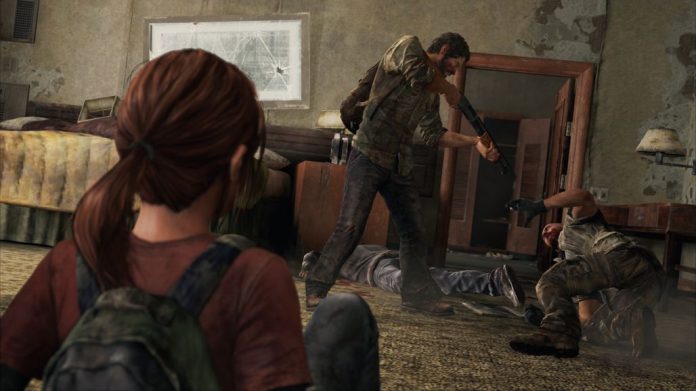 The Last of Us was great. The relationship between Ellie and Joel, the graphics, lighting, atmosphere, combat and even the multiplayer were all amazing. Unfortunately, for a game supposedly based around the gritty reality of survival in a post-apocalyptic wasteland, the actual survival aspects were thin on the ground. At the start you had to ration your bullets and use anything you could to get an advantage over your opponents, and that gave the game a brilliant moody tension. But as the game moved on you found yourself with weapon after weapon and enough ammo to be able to take on a small army. The unrealistic weapon upgrade system and personal upgrade system didn’t help much either. The actions of friendly NPC’s when you’re trying to sneak around leaves a lot to be desired too – it often sounded like you had a herd of elephants stomping around behind you, but they would never alert enemies to your position. This is how I would deal with these issues.

The number one biggest issue is the amount of ammo you have. It needs to be significantly reduced. I would have it so that there is very little ammo scattered around the environment. Instead, enemies should all spawn with a set amount of ammo each. If they fire those shots their inventory ammunition goes down, eventually forcing them to come after you with melee weapons. This would encourage stealthy play, as it would be better to kill an enemy and get his four revolver bullets rather than have him fire them at you and use them all up. This system would also mean that the infected would rarely have ammo on them, making it sensible to sneak past them whenever possible. Ammo would still be inside lockers and desks if it made sense, but not in areas that would have been scavenged long ago.

I would also make some serious changes to how weapons and weapon ownership works in the game. It’s not bad that there’s a variety of weapons – what is bad is that you can carry all of them at once inside a back-pack. I would limit the player to two side-arms and two main weapons, and they would all always be visible as being carried on Joel’s person. Perhaps you would only be able to carry one heavy main weapon, like the flamethrower, and one light main weapon, like the bow. This would mean that you would end up swapping weapons out when you ran out of ammo for them, picking up and scavenging enemy weapons as you proceeded. You would still end up using all the weapons, as some sections would end up using all your shotgun ammo, forcing you to switch to the hunting rifle or bow that your enemy just dropped. Ammo would be kept if you swapped out a weapon. Perhaps some kind of weapon degradation system could be used too, so if you go in water or use a weapon loads it slowly becomes less reliable until you have to throw it away or repair it. 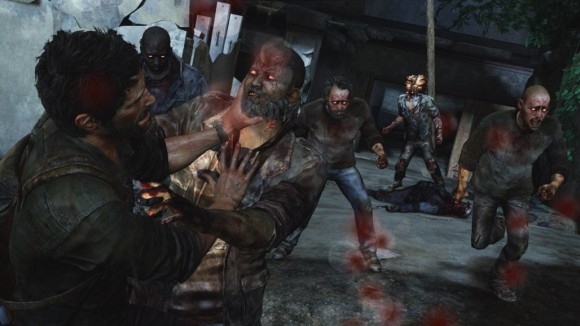 The weapon upgrades and repair benches need some attention too. I would do away with the current upgrade system, as using screws and cogs to create a sniper scope is ridiculous. In my version of TLOU, each weapon would have a semi-random set of attachments and upgrades already on it. A bandit’s hunting rifle might have a scope but only be able to fire one shot before reloading, whereas yours might be able to fire two shots but be scopeless. Perhaps you could try to take the scope off of the bandits gun with a chance to break it, and be able to attach it to your weapon at a repair bench. If we still want to have the scrap in the game it could be used just to repair weapons that are damaged rather than create entirely new components.

I would do away with the “collect pills to level up” and instead have things like reduced scope sway and more health happen through a natural system where, for example, successfully shooting enemies levels up an aiming stat (think GTA’s stats system). Equally valid would be a system where Joel is just given upgrades at certain points in the story. I would also take Joel’s health back down to baseline or even lower after he recovers from his wound during the Winter section of the game. On the hardest difficulty Joel should be able to take no more than 2 shots from most weapons before being killed, and one shot should be enough to kill if it hits a vital area. Ellie wouldn’t be able to carry as many weapons as Joel, nor would she have as much health. I would make it so she could only carry one primary weapon and two side-arms, to reflect her smaller size and strength.

It would be great to see enemies flee once you’ve taken out a certain number of them. This could be done by implementing a basic morale system, whereby if their leader – or the guy with the biggest gun – gets killed, enemies are more likely to run away. Blowing people’s heads off and attacking with flamethrowers, molotovs and explosives would also strike fear into their digital hearts, increasing the chance of fleeing. They could sometimes come back with re-enforcements or set up ambushes for you further along in the level. This would be even more incentive to not get spotted and make tense stealth situations even more interesting. 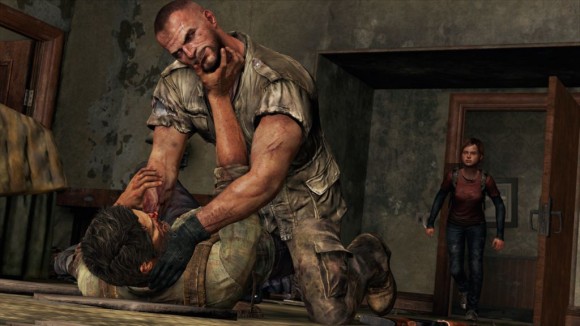 Finally, the friendly NPC AI has to be addressed. The current system, where NPC’s run around like nutters when you’re trying to be stealthy simply does not work. Having Ellie get stuck walking into an infected while trying to pass through a door is ridiculous and completely breaks the immersion the rest of the game so impressively builds up. It also makes it feel much less like you have to protect Ellie and more like she’s your invincible little companion, just there to occasionally call out the location of an enemy, give you a health-kit or reach a ladder for you. I would make it so that enemies could see and attack the NPC’s, but you have a few basic commands you can use to direct your allies – go there, wait here, follow me, stop, hide, cover me. When progressing through a level with Ellie you might leave her behind a short way while you dealt with enemies, then call for her to catch up. You wouldn’t be able to leave her in one spot miles behind you because she could be attacked. This would make the game even more tense than it already is, forcing you to think even more tactically about every encounter. NPC’s wouldn’t necessarily always listen perfectly to what you told them, either. If you are attacked by someone you might find Ellie helping you out even though she’s meant to be a room or two over, as she hears the struggling and came to your rescue.

These are just a few things that I think would be very interesting to see implemented into The Last of Us, adding realism, increasing your feelings of protectiveness towards Ellie and making the late-game much more challenging. Enemy numbers would need to be tweaked and ammo dumps might still need to exist just before big infected attacks, but overall I think my changes are workable and would improve the game. What do you think? Am I completely wrong? would some of my ideas damage the balance of the game or do you think I’m right on the money? Let us know in the comments section below, and let us know of any ideas you have for making this already great game even better.