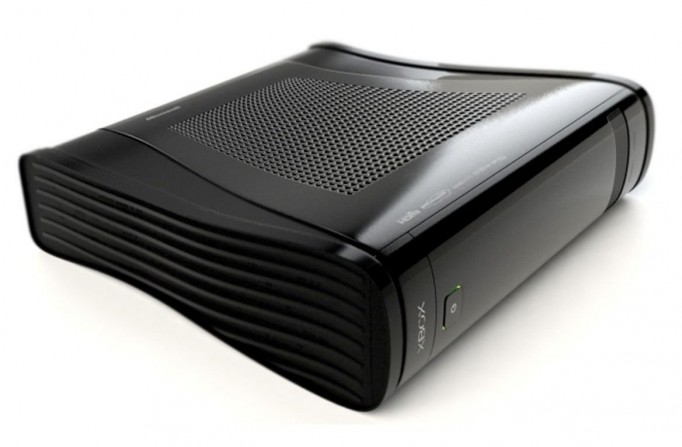 So we all know the big news happening today. It’s something that has been announced and teased for a few months now, and we will finally be seeing just what exactly Microsoft’s Gaming Division has up their sleeves as they formally announce their entry into the eighth generation of video game consoles.

We all know what to expect (roughly). We’ve all been following the rumours, the leaks, the supposed “official” specs of the console. Now we just have to sit back and enjoy what Microsoft will give us. Personally, I think they are going to give us an entertainment box that also happens to play games, in between the ads. Anyway, I digress.

While you sit back, why not enjoy yourself? There are a number of drinking games available for you to play during the launch, if that is your think. IGN would have you sip every time someone says “cutting edge technology”, “subscription model”, “home entertainment system”, “this holiday season”, “games-centric”, “a unique experience”, “innovation”, “third-party support”, or “the price”, chug your drink if any of the following are mentioned: Halo 5, Forza 5, New Gears of War, Fable MMO, Kinectimals 2, Killer Instinct 3, Alan Wake 2, Respawn’s Titan Project, and take two-fingers of your drink at the mention of “Always online”, “Illumiroom”, “digital TV Hub”, “backwards compatibility”, “multi-tasking”, or “Smartglass Integration”.

Sounds fun. However, there is also another game, more balanced and likely to lead to less drinking. If a Kinect game is revealed after a promised quality exclusive, take one shot. If there is a musical performance, take one shot for every two minutes that is goes on for. If Call of Duty Ghosts isn’t an exclusive, but is mentioned as if it were, take one shot, and an additional two for exclusive DLC. The full list can be found below. 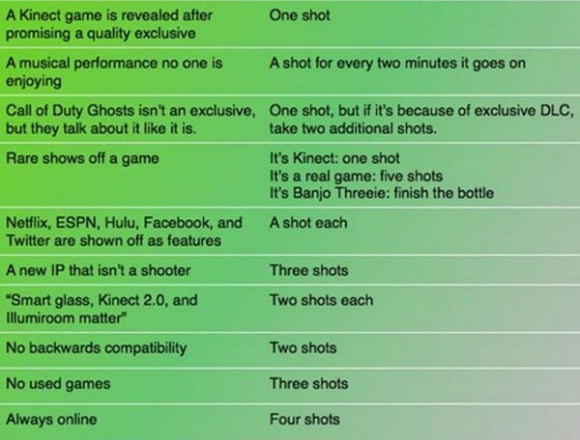