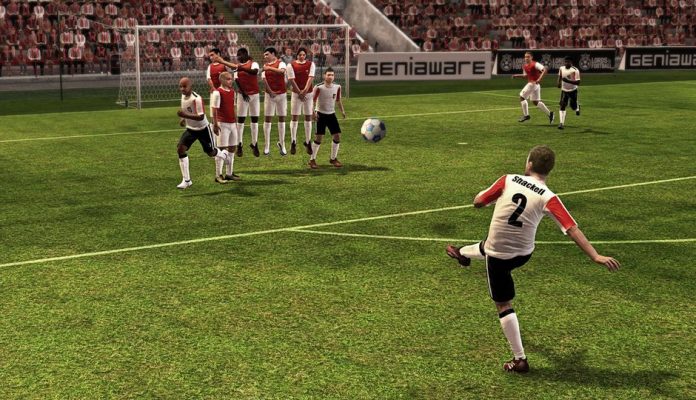 I am a hardcore fan of the Football Manager franchise, playing the game year after year since 1996. This year, however, I was completely disappointed with FM 2013 and, despite me giving the game a chance on numerous occasions, the game still didn’t manage to do it for me. So I was ready for my first year without a real football management game to play… until I found Lords of Football and I got back my smile.

It really depends on your expectations and what exactly you want for from a game when starting to play Lords of Football. Calling it a “football management simulation” title is a huge exaggeration – but fortunately its developers did not want to deliver such a game. Instead, they opted for a lighter and more casual experience, one where you care more about the personal lives of your players and their training than the match tactics, the stats and numbers and the media battles with other managers.

The Sims comes to mind when trying to describe the style of Lords of Football: you have a visual presentation of your team, with each player having a personality and needs, some major behaviour problems (so your star striker can be in love with alcohol and your goalkeeper might be a fast food addict and so on) and you have to make sure that these don’t get so bad that they destroy the player. Therefore, you have to control their lives on and off training grounds and this will prove the real challenge! 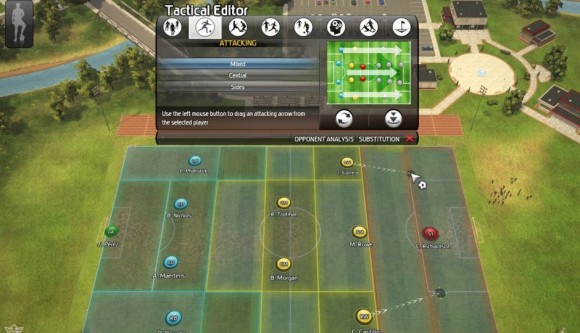 Basically, Lords of Football is divided into days: during daylight, your players train or go to therapy to lose their addictions. This is also the time where you can do some background work, like setting up tactics, line-ups or asking for specific players (you don’t have a direct control on the transfer market because you have to focus on the lives of your lads). After training comes the night when all the fun takes place: you have to select which players go where, you can control their activities while paying attention to their needs and try to keep them happy and fit. Which you won’t always manage to do, which marks the challenge and the fun part of the game.

This entire time management mixed with life sim part of Lords of Football will be a hit or miss with fans of the Football Manager type of games. You won’t get the complexity and stats, and numbers and ratings and realism of the FM franchise, but you won’t need it. Lords of Football is about a more casual experience, one aimed at a different purpose: that of helping you get a break, have some fun and experience a different type of simulation. 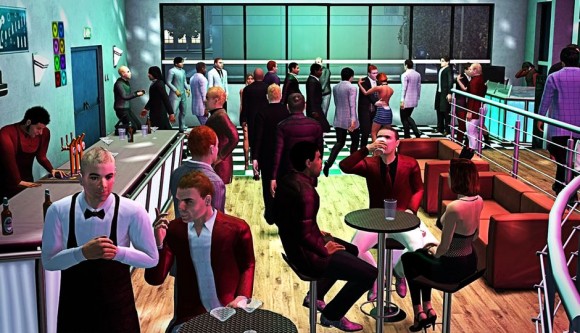 Of course, you won’t be spending your whole gameplay hours moving players from a spot to the other on the virtual map of the city. No, you will also play football matches (your goal is to win the Champions League) and these are surprisingly entertaining and without major bugs. At points, I was more satisfied with the match engine than I was with the one of Football Manager!

Of course, again Lords of Football goes for a more casual approach but still manages to pack in some great features. One of my favorite ones is the ability to control the players on the pitch with specific instructions. You simply pause the game and instruct players to run to a specific spot, pass the ball to a player or specific area, shoot the ball and so on. This not only gives you more control, but can also mean the difference between a loss and a win. And really, is extremely fun!

So Lords of Football is a fresh breath of air in the world of too serious football management sim games and the type of game that many of us needed. While it intentionally fails as a complex simulation (not even the competition names or player names are licensed, but you couldn’t care less about these details), it wins in terms of providing entertainment and a different approach of the genre. It is not flawless and just like all those “life sim” types of games it tends to become repetitive and a bit boring after many hours of play, but I am sure that this year’s launch marks the beginning of a very popular franchise and one that can only be improved in the years to come and provide an excellent alternative (and a much more casual one) to Football Manager. So it’s definitely worth trying out!