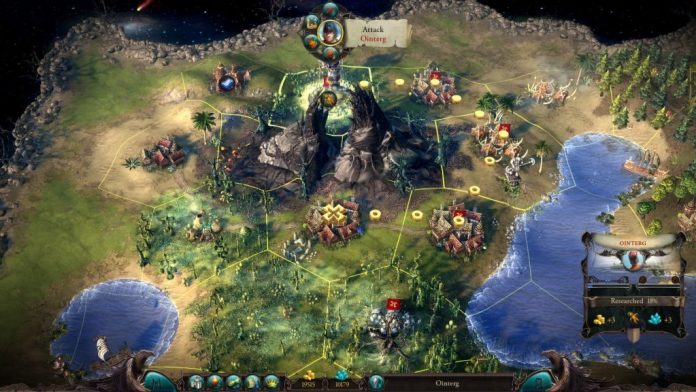 I grew up playing Heroes of Might and Magic (1, 2 and the amazing 3) and ever since I had the tendency to get a crush on every turn based strategy-RPG out there. And even though the turn based genre is not one to deliver a ton of games every year, it’s one filled with quality releases and Eador Masters of the Broken World (simply known as Eador 2) is one of them.

Before getting more in depth with the game and talking about all its amazing features, I must tell you one thing: this game is epic. It is a game so grand and great and ambitious that you are simply in shock for the first 30 minutes. And as the first 100 hours pass by, you can only get more and more amazed with the complexity and epic-ness of this title.

The story of Eador. Masters of the Broken World is not one to blow you away: you are a simple demigod that wants more from life and decides to rule the world. A world that’s broken into pieces (shards) and that also draws attention from other power-seeking demigods such as yourself. So the only thing remaining to do is to get it by force, conquer it all and crush any and all opposition along the way. And oh, this sounds so easy! 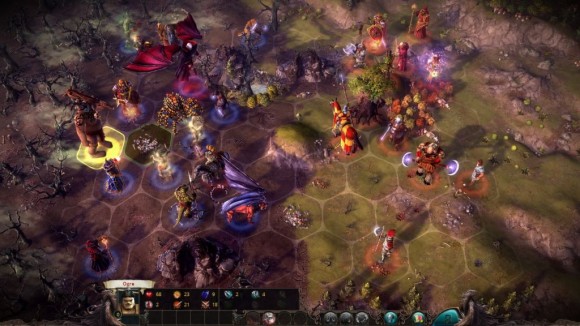 You start your journey in a small shard (a piece of the broken world) owning a single tile of land. From here on to ruling the entire world there’s a ton of fighting to be made, heroes to evolve into real fighting machines and enemy lords to destroy. Because ultimately this is your final goal: destroy all the enemy lords in order to make a shard yours.

This is not easy and simply reaching the lords is a time consuming task, filled with fights and exploration. As the world is divided into tiles and you can only travel freely through tiles that you have already conquered, just reaching the lands of the other lords is a challenge. Add to that the fact that every tile holds a set of unexplored areas (usually meaning more fights) and you will find yourself spending hours – fun hours, I might add – just completing the first part of the campaign.

Battle is extremely well done and fans of turn based tactical games (hexes!) will find themselves at home: each battle starts by placing your soldiers on the grid and ends when one of the sides is no more. There are a ton of elements to consider during battle and becoming a war master is not easy at all. There are a ton of troops that you can recruit or face, each with its own set of special abilities and ratings and you have to consider each before deciding upon your strategy. 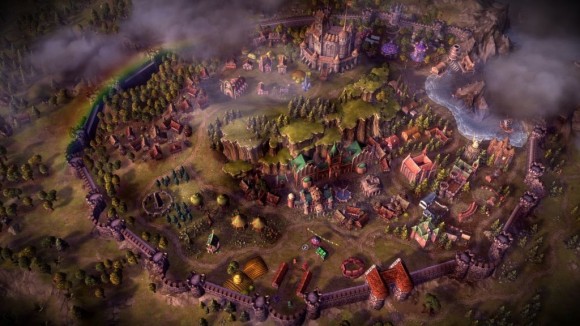 There are troops that resist well to ranged attacks but are weak against melee. There are troops that once attacked go in a frenzy and others that counter-attack before you even get a chance to hit them. All these elements (and trust me, there is A LOT more) result in you having to consider your tactical approach of each battle with extreme caution every time.

And as if this was not enough, you have not only your Hero who levels up during fights, but also your troops, turning the goal of keeping them alive no matter what a really important thing. Oh, and did I mention that they do have morale and action points which, in large scale battles, become extremely important? No, I didn’t and probably there will be a ton of things that I won’t be able to mention in this review of Eador. Masters of the Broken World because the game is so epic and complex that you simply can’t write about everything.

The micro management or castle building phase is also present and extremely complex. There are a ton of advantages in conquering shards, each giving you special resources, while the building in your castle offer the basis for your hero’s needs. I must admit that the build tree is a bit confusing and I often found myself building something that I wasn’t quite sure I really needed just to unlock other buildings I wasn’t sure I really needed. Fortunately, you kind of need every building in the game, but it wouldn’t hurt to know more about them and find the correct order. I’m still working on this. 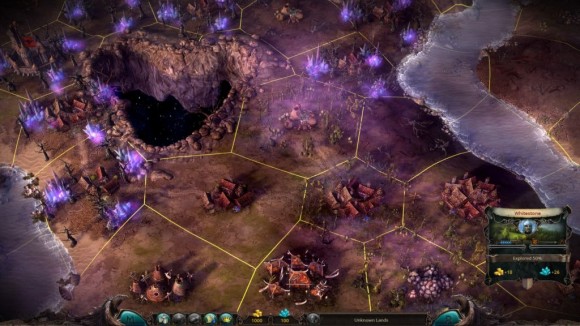 Visually, Eador. Masters of the Broken World does a decent job – it’s not the most amazing game you have looked at but it doesn’t look bad either. The developers have paid enough attention to the details in order to keep the game entertaining, but it’s pretty obvious that the game’s value comes from its sheer complexity and not from the graphics.

Overall, Eador. Masters of the Broken World is an absolutely amazing game, one that all fans of the turn based genre (and probably others too) will love. It is truly epic and challenging, it stimulates your mind and never ceases to amaze you and it is extremely difficult at times, so you really need to be good in order to have a chance at winning. It’s also great value for money since you will probably spend easily 200+ hours playing the game – and all these elements make Eador. Masters of the Broken World a must buy.