The problematic is quite old in League of Legends – the famous theory of elo hell is mentioned often, specially in the supposed low levels of the ranked system. But what does this expression really mean? And does it really exist?

League of Legends has a new ranked organization, which started very recently, the Leagues System. Nonetheless, behind the league points there’s a hidden elo number, you don’t see it but it’s there. So what’s this elo hell that everyone talks about? Theoretically, it designates a place, a virtual tier, where players will most likely lose due to their team mate’s negative behavior or performance. This way, the players that supposedly don’t belong to that tier can’t advantage and progress in the system. Well, I think it’s a credible concept, except if you’re actually skilled, you’ll eventually carry your team and win – this is what the high ranked players normally say about the matter. On the other hand, it’s extremely hard to win against a team game alone, even if your opponents are truly abysmal. I think the theory of elo hell does make sense and it really exists but it exists everywhere not only at the low level tiers, how? It’s simple, if by elo hell players mean that their lose’s fault lands on their team mates… Well, that happens everywhere, right? In every match, there’s always a winner and a loser. In higher ranks, people are more civilized and skilled but don’t they also lose because someone failed in one way or another? In the end, everything is similar, the flaming, trolling and leaving rates decrease as you progress but the skill level increases drastically too, which means that a single mistake can change the game’s result. 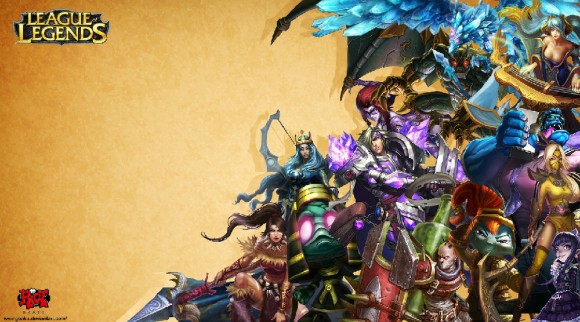 The big fuss is, in my opinion, about the poor punishment of the rule breakers. If the system was, in fact, efficient, we wouldn’t be facing leavers and flamers everyday, people who rather suicide on purpose and behave as if they were the best players in the world. Irony, sweet irony, no matter how unskilled a player may be, having to play with one less player or facing feed enemies because your team mates are careless suiciders are surely coherent reasons to protest and defend the elo hell theory. The luck charm has a great importance in this system, no matter the rank or level, I’ve seen good players in low ranks and not so good players in high ranks, which means, having a decent team is always an unknown factor. If you’re not the lucky type, then, I hardly suggest you to find a decent partner to duo. There’s very few to do in this system, if you can’t clearly carry yourself then you need to find who can, at least, support you. Think positive, you’ll have at least one team mate who should contribute to your victory.

Trying to suppress the unskilled, the flamer and the leaver should be taken as a big challenge because it is indeed a challenge, it’s not simply about skill as many claim, it’s about luck, team play and counter pick. So, if you’re able to progress in the league system against so many odds, you’ll know you’re truly worthy of it and that, for once, you’ve defeated the eternal battle agaisnt elo hell.