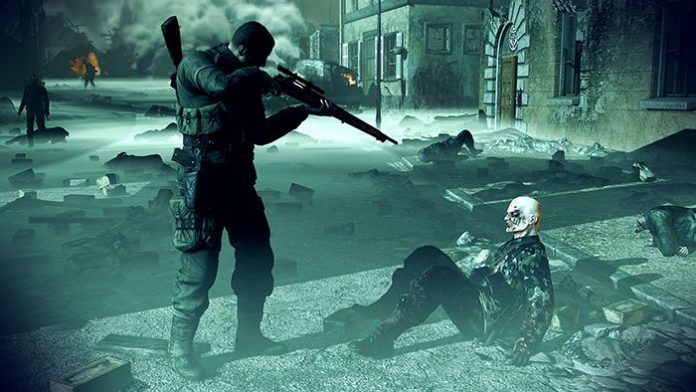 Rebellion, 4 player co-op, zombies and a Sniper Elite game – well, that’s a recipe for an amazing game, and that’s what we’re about to get with Sniper Elite: Nazi Zombie Army, the shooter hitting the virtual shelves of Steam by the end of the month.

Set in the Sniper Elite universe, Nazi Zombie Army is described as an exciting direction for the series (and we totally agree!), one that promises to deliver heart-stopping moments, hordes of zombies and the ability to destroy them using all new arsenal and the help of up to three more friends in the game’s online 4 player co op mode. The cake is not a lie, the cake is here and it’s called Sniper Elite: Nazi Zombie Army!

There’s also an announcement trailer that the developers have released for the game so you can feel a bit of the atmosphere it will deliver:

Sniper Elite: Nazi Zombie Army can be played even by those who don’t own Sniper Elite V2 as it’s a standalone expansion and it will be released via Steam on February 28th. However, if you decide to pre-order the game, you get a 20% discount, so I think you know what you have to do!