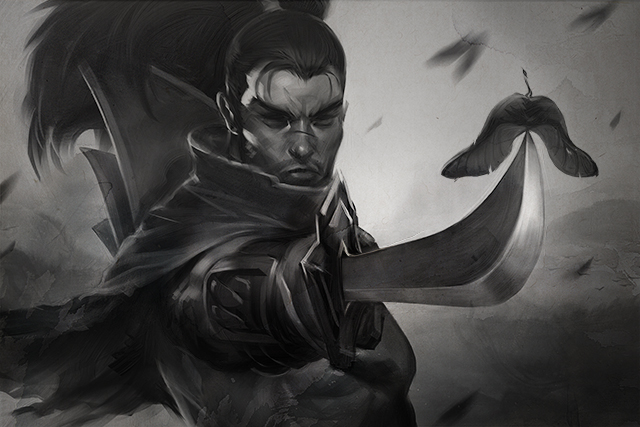 A new champion will be joining League of Legends in the upcoming weeks. Riot Games presented today a mysterious samurai character called Yasuo. His background story involve betrayal, treason and cruelty, which may indicate that Yasuo will be an evil champion and he’ll probably join Noxus. Riot’s Par Yone revealed some of his lore:

Today, Yasuo committed an act of treason by murdering the very person he was sworn to protect. He has betrayed his nation, his friends, and himself.  Were it not for my actions, I wonder if he would have been swept down this dark path.  But my task is not to question; I must bear the burden of my duty.  At first light tomorrow, I set out to capture a sword without a sheath: my brother Yasuo.

Yasuo was always an enthusiastic martial arts student but he lost all his humility, as soon as he became good enough with the sword. He grew impatience and critics were never accepted with any comfort. His brother says that Yasuo wouldn’t even listen to his mater anymore: “He was impetuous and boastful; he ignored our master’s lessons and knew nothing of patience.”

Apparently, Yasuo will be a melee ad champion, possibly suited for top and jungler positions but nothing has been confirmed yet.