You no longer have to watch comedies as long as you have moms and game consoles – in our case, a little Nintendo Wii in which a lady physically inserted not one but three credit cards in order to buy some Virtual Console games! And yes, it is completely true, as the pictures that come with the story prove. And no matter what other credit cards “tell” us, THIS is priceless!

The story comes from NeoGAF user Huelen10 who recommended a few VC titles to a mother who purchased a Nintendo Wii console for her kids for Christmas. He explained that in order to purchase the games, one has to “put in the credit card” when prompted on the Shop Channel and purchase the desired amount of Wii Points. And the lady did exactly as told!

She first inserted one credit card in the Wii and, since it did not work, she tried the same trick with two more cards. You can imagine that this did not work either, on the contrary: the console is now broken, the cards are useless and atop all things, even the sensor bar is cracked because the lady also tried to install Wii Speak. Too bad she didn’t also purchase Wii Fit – I would’ve loved to hear about a woman running down the street with a Balance board in her arms…

Still, since stupid people never know they’re stupid, Huelen10 says that the woman now wants him to pay for all the damage, since he told her what to do. As I said – priceless! Here are more images: 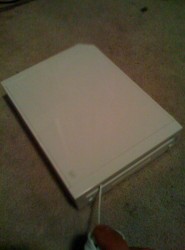 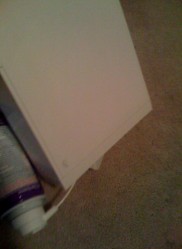 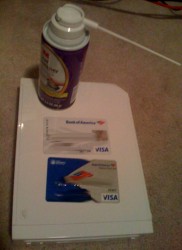