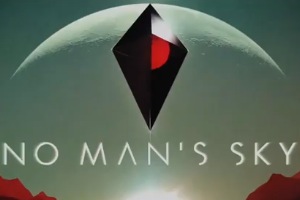 UK based indie developer Hello Games, creators of the critically successful Joe Danger series, announced an ambitious new next-gen sci-fi game at the VGX. Titled No Man’s Sky, the game will be set in a sci-fi universe and studio founder Sean Murray specifically mentioned the works of Isaac Asimov and Arthur C. Clarke as major influences for the game’s procedural sci-fi setting.

With only four people developing the title, an exceptionally impressive trailer was shown that showcased first-person exploration and fully interactive space combat. Players will even be able to fly to different planets using their space ship.

Murray also stated that the game will have a fully realized world, saying if players look up at the stars and planets in the sky they’ll be able to visit them. He said “if you can see it, you can walk there.”

Murray stressed the fact that the game will feature a massively multiplayer world that will be procedurally generated. No other details were shared but Murray did conclude by stating that the Joe Danger series was a huge stepping stone for the extremely small indie studio.