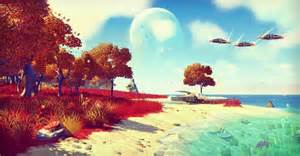 Update 2: Hello Games have revealed that the damage to its office last week won’t be covered by flood insurance. Microsoft’s Phil Spencer said he heard about the developer’s situation on twitter, and is currently “going to look into it.”

Hello Games surprised everyone with their No Man’s Sky teaser trailer at this year’s VGX. The procedurally generated MMO, which focuses on a sci-fi setting, has quickly become an anticipated title for next-gen consoles. Hopefully the small studio can get the help they need to realize their project.

Update 1: Hello Games have provided an update concerning their current situation with the aftermath of the Christmas Eve storm. But they still haven’t specified an updates regarding their two upcoming titles.

“Ok so this is a weird Xmas day. Thank you to *everyone* for being lovely and thoughtful in this crappy time – now go enjoy your Christmas. A river broke its bank nearby yesterday, and A LOT of water flooded in really quickly. A biblical amount. It was coming in the windows!

We’ve lost most things – PCs, monitors, furniture, a door, a wall. You’d think the massive water cooled mega PC would be ok? It was not :( Lots of personal stuff lost (my console collection! my super rare neo geo pocket!) – that line between home and office is a little blurry.

We’re taking stock today, but already I know we’ll come back stronger :) – all we’ll need is a place to work and a machine to work on :)”

Original Story: Following a recent storm hitting the United Kingdom today studio Hello Games’, developer of the Joe Danger series and the upcoming No Man’s Sky, office in Guildford has been completely flooded, the developer revealed on twitter today.