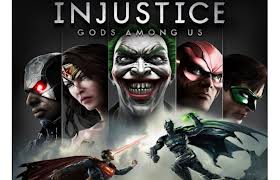 Warner Bros. has announced that Injustice: Gods Among Us will be getting an Ultimate Edition which features all the DLC for the game.

Following a series of tweets by NetherRealm Studios chief Ed Boon has said it’s unlikely to be coming out on Xbox One after one person tweeted him saying “Please say it’s coming out on XB1 so I can sell my 360 copy.” To which Boon replied: “I wouldn’t sell that 360 copy.” Similar enquiries have been made to him about the Ultimate Edition not coming out on Wii U either, with Boon stating “It’s not as simple as that.”

Warner Bros. also noted that the PS4 version is a ‘remastered’ version of the current game, and has been changed specifically for the console, including touch pad capability as well as video sharing and streaming.

The Vita is also getting a little bit extra, with this edition also getting touch mini games, “collectible hero cards” on top of the DLC.

The release date is currently set as 12th November 2013 in the US and ‘beginning’ 29th November in Europe and other territories.