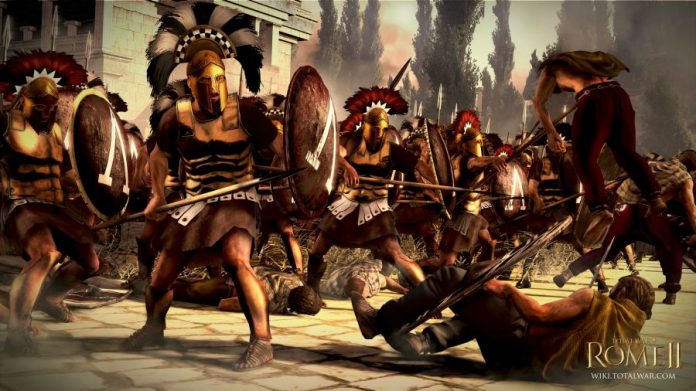 Total War Rome 2 is a highly anticipated title that just got launched, but unfortunately it’s not (at least not yet) offering the blast that we were all expecting. Instead, Total War Rome 2 crashes, freezes and generally upsets its players with technical problems that we’re going to try and fix in this article. Because, fortunately, many of the problems you might be experiencing in Rome 2 can be fixed.

So let’s check out below how to fix Total War Rome 2 crashes, freezes and other problems like crashing on windows 10 that you might encounter when playing this otherwise great game.

Fortunately, the developers themselves are aware of these problems and have shared a bunch of tricks on how to fix the problems:

If you are experiencing low resolution textures when running on extreme, its most likely that you don’t have enough video memory. You can force an override by ticking the unlimited video memory tick box in the advanced graphics settings however this may impact performance.

Another thing, the vegetation alpha is an option that should be set to off for all but the most powerful rigs.

A workaround has been found that could help some of you: by setting your game in windows mode you shouldn’t experience texture issues any more.

When editing your post to confirm your issue is ongoing, please add your DxDiag as explained here and add your preferences.script.thx.

However, the problems don’t stop here. Many players are complaining about lag on the campaign map and battles, and if you are affected, you should read the possible solutions below (or check out the entire discussion over at the official forums):

– Disabling any additional monitor driver-/cablewise helps also if it’s a multi monitor setup. The textures are ok and the framerate is better (way better than you would expect by disabling the second output).

– Disable DirectX11: C:/User/Name/Appdata/roaming/TheCreativeAssembly/Rome2/Scripts. In the prefrence file you will find a line saying something along “DirectX11 True: Change that to false.

– For those playing the game on a laptop, make sure that your integrated card is no the primary on: The issue everyone is having is due to the game picking up the onboard graphics instead of the actual GPU. For Nvidia cards this can be fixed by going into nvidia control panel and under “manage 3d settings” change this to have the gpu selected as the default device for all programs.

First of all, make sure that your system meets the minimum requirements and that all your drivers are up to date. Also, try running the game as an admin and finally close all the programs that are running in the background and are not required to smoothly run the game.

For now, these are the fixes that we have for Total War: Rome 2. Fortunately, Creative Assembly are aware of the problems and are working hard to solve them so hopefully everything will be fixed soon.