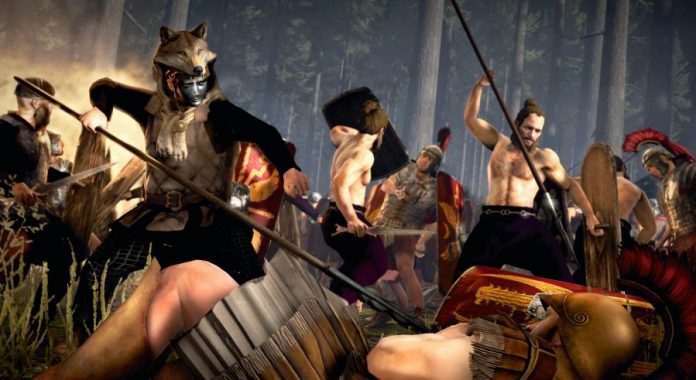 Rome 2 has been released and as expected I have been hard pressed to put it down long enough to write a first impressions review. I wanted to make this piece as succinct as possible but with a game of this proportion I may have lost that battle……

There are so many factors to this game that it seems a waste of virtual ink to go into them all here. This is a first impression, so I shall stick to that and write about what struck me whilst playing the first few hours of the campaign.

Firstly, I set up a new campaign as Rome (couldn’t resist!) and put it on hard difficulty as I’ve spent more hours than I would care to divulge on Total War games. The first noticeable change when entering the new game was the immense upgrade to the maps graphics. Shogun 2 was quaint with its etched areas yet to be discovered but this game truly does have the feel of a vibrant world that you will uncover as you expand your empire. True to the word of the pre-release interviews, strategic value can be assessed by looking at what’s going on around the map. Be it elephants in northern Africa or horses on the Italian coast, the information is there. The information is everywhere in fact. There is a wealth of it at your disposal at any given moment, yet the game hides this fact by making it so intuitive to retrieve.

So, fans of the series might be thinking at this point “well, new graphics…. Is that it?” But this could not be further from the truth. This game takes some big bold steps out of its comfort zone and has really strained to achieve a new experience that builds on the previous installments. Let’s go through a few of my favorites so far.

Army Management – This now sees an emphasis on the armies and their legacy. As well as leveling up generals, recruiting “champion” units, you also have the chance to ascribe attributes to your individual legions opening the option for ultra-specialized armies fit for whatever purpose you see fit.

The Cities – Although management and buildings are not dissimilar from previous games the visuals are a vast improvement. There are now sprawling cities, much more akin to the style of Civilization 5 that appear more authentic and really add to the landscape and evolve over time. This really comes to life when you enter battle mode. Each city is beautifully replicated and gives an individual feel to each battle.

The Battles – Whilst on this topic it is worth mentioning that I found the battles to run quicker than previous games, this could be an effort to force quicker decisions and make you feel pressured to make the correct choices when commanding your armies. This aside the visuals again are a massive step up from Shogun 2.

The variety! – Just wow. I have only scratched the surface of this game and am delighted with the variety of units I have seen. This opens up so many possibilities and adds endless layers when it comes to learning what tactics to employ against different enemy types.

OK, if at this point you’re thinking “I’m gunna go buy this bad boy right now!” hold on a tic as there is some more information you should know.

The game has its problems; with the revolutionary changes to the franchise you can only expect some fallout. Firstly, that variety I was talking about starts to get a bit tiresome when you wait at the end of each turn whilst a seemingly endless stream of factions process. With the new fog of war map layout it seemed like a no-brainer to make interactions with factions based on discovery, thus removing the need for the drawn out end of turn routine.  Another big adjustment is that armies can now take to water without the aid of a fleet. Instead they become amphibious and skit across the ocean at their leisure. This was a problem for me on Civilization and it’s a problem for me on Rome 2. Firstly this ability is unrealistic and removes an important element of planning from the game. Secondly the AI can now attack from any angle with no prior warning which makes your ever expanding empire neigh on impossible to defend effectively. Previous games have seen limited use of fleets as troop transport and I understand this needs to be built on but I think a happy medium could have been found.

Other than these points anything else is just little annoyances, for example, when defending a city on Shogun 2 the attacker’s position on the map indicated where they would attack from on the battlefield. That seems to have been lost in Rome 2. I also found that when moving an army to help defend a city, by the time the reinforcements reached the city the attackers had taken both town capture points and the battle ended.

When all is said and done I expect to play this game for hours on end and I will thoroughly enjoy it. The only reason I feel the need to criticize anything is because Creative Assembly are so damn good that my expectations for them are some of the highest among all developers.

If you have enjoyed Total War games in the past then this will be no exception. There is so much crammed in here that I think it is well worth the money, but is it better than Shogun 2? I’m not sure. Ask me in a week or so when my legions have conquered the world!