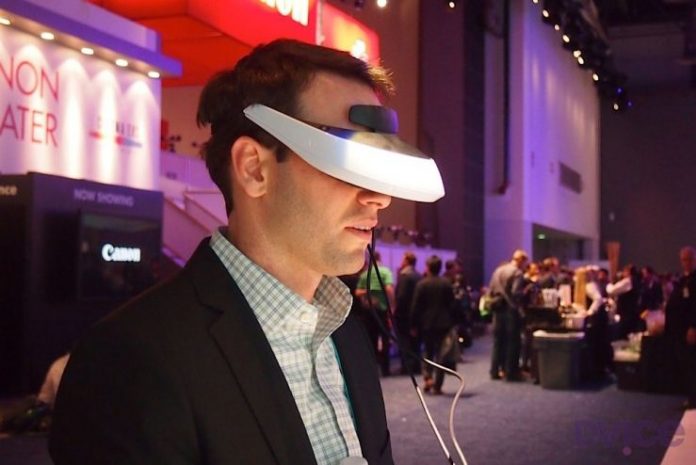 Multiple sources today have said Sony plans to reveal a virtual reality headset. The original plan was to reveal it at GamesCom last month, but it will now be shown later this month at the Tokyo Game Show. The device will be shown at the conference along with over 50 PlayStation titles, including Gran Turismo 6, Deep Down, and Knack. Reports of the headset came to light when an anonymous developer close to Sony revealed to Computer and Video Games that Evolution Studios was working on a cockpit simulator for the device for the game Drive Club.

Sony had been very secretive with the virtual reality headset so far. When asked last month about the device by CVG, Sony Worldwide Studios boss Shuhei Yoshida hinted at it saying:

“Y’know, we’re Sony, so we have lots of different things and different ideas in R&D. When it come to researching things, we are doing a lot of things that we can’t talk about.”

Both CVG and Eurogamer both say the new device will be similar to Sony’s HMZ headsets. However, reports say that the HMZ is uncomfortable compared to the popular Oculus Rift. Sources also say that the new headset will be available for purchase separately from the base PS4.

The announcement of the new virtual reality brings up a lot of questions about the future of gaming. If this device is successful, will Microsoft follow suit and make something similar to the device? Or will it follow in the steps of Nintendo’s failed Virtual Boy? Keep your eyes here for more news from the Tokyo Game Console as it comes out.