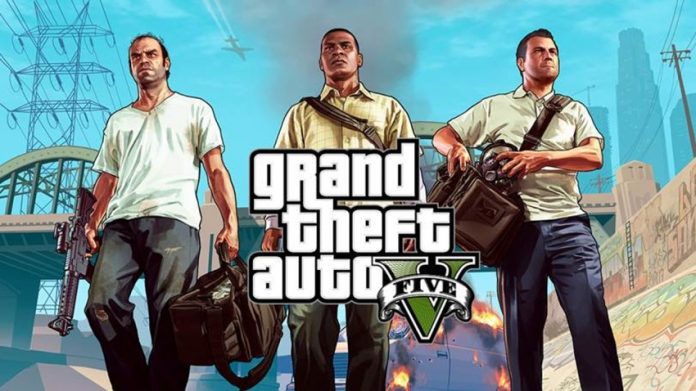 GTA V was expected to push the boundaries in terms of what can be done in it, and with the ESRB providing their ratings summary, it certainly does that, with a list of some of the potentially controversial points presented in the game. Please note some mild spoilers may be present.

Prepare to be presented with the smoking a bong, using cocaine to the more…umm…interesting things such as implying necrophilia and a cult exposing their genitalia. The full statement is below (beware of spoilers!):

Rating Summary:  In this open-world action game, players assume the role of three criminals whose storylines intersect within the fictional city of Los Santos. Players can switch between each character to follow his storyline, completing missions which often include criminal activities (e.g., stealing cars, executing heists, assassinating targets). Players use pistols, machine guns, sniper rifles, and explosives to kill various enemies (e.g., rival gang members); players also have the ability to shoot non-adversary civilians, though this may negatively affect players’ progress as a penalty system triggers a broad police search. Blood-splatter effects occur frequently, and the game contains rare depictions of dismemberment. In one sequence, players are directed to use various instruments and means to extract information from a character; the sequence is intense and prolonged, and it involves some player interaction (i.e., responding to on-screen prompts).

Some sequences within the larger game allow players to use narcotics (e.g., smoking from a bong, lighting a marijuana joint); cocaine use is also depicted. Players’ character can, at various times, consume alcohol and drive while under the influence. The words “f**k,” “c*nt,” and “n**ger” can be heard in the dialogue.

Well, some interesting insights as to the mad world of GTA V there, then. Whilst some of these features have been present in previous games in the series, such as Chinatown Wars providing you with drug dealing exercises, it does seem like GTA V will live up to being the biggest GTA yet. It is set for release on 17th September.