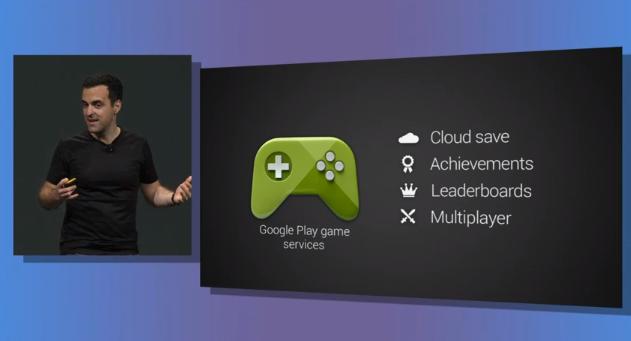 A few days ago we reported that Goole had updated their Google Play Services. Now, at their I/O event in San Francisco, they have officially announced the new features.

According to a press release entitled “Introducing Google Play game services”, new features include achievements, leaderboards, multiplayer and cloud storage. What is rather shocking is the announcement that some features will be available to non-Android users as well. Greg Hartell, Google Lead Product Manager, says, “They are available on Android, and many on iOS or any other connected device.”

A number of big-name games are already using the new features, according to Hartell, and these include World of Goo, Super Stickman Golf 2, Beach Buggy Blitz, Kingdom Rush, Eternity Warriors 2, and Osmos. There are also reports that Triple Town, Modern Combat 4, and Eufloria HD have updated to take advantage of the new features.

As I understand it, the tools are now available to game developers who wish to take advantage of them. There will be no certification process to follow or curatorship of games using the service. Hartell, speaking to Engadget, said, “We won’t make it a mandatory exercise, or have any certification process around it,”

Are you excited for another platform to have trophies/achievments? Do you even game on your mobile phone? Tell us what you think in the comments below.