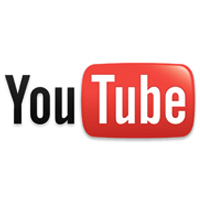 YouTube is standing by its very controversial new copy right laws after a plethora of YouTube users and gamers alike shared their resentment towards the copyright claims made against videos featuring game content.

Kotaku acquired a new letter from the Google-owned company which lacks an apology or a policy reversal. Instead the company opted to explain the issue at hand and has offered advice for users going forward. The reason behind the sudden spikes in copyright claims are the updates that were made towards the company’s Content ID system, which automatically detects and flags copyright material. Google also explained that most of these videos are flagged because of the copyrighted music contained in these videos.

“For example, a record label may own music playing in the video (even in the background), a music distributor may own a game’s soundtrack, or a game publisher may own in-game cinematic content,” YouTube said.

“Also, online rights are often resold to companies like music labels and aggregators. While you might not recognize the owner, this doesn’t necessarily mean their claims are invalid,” the company explained.

YouTube suggests to turn off music completely while making videos to avoid being flagged and facing claims form license holders.

“Whether gaming, music or comedy is your passion, know that we love what you do,” YouTube said. “We’ve worked hard to design Content ID and other tools to give everyone–from individual creators to media companies–the opportunity to make great videos and earn money. As YouTube grows, we want to make sure we’re providing the right product features to ensure that everyone continues to thrive.”

YouTube’s support website contains all the information regarding this new Content ID system. Meanwhile, companies such as Blizzard, Activision, Capcom, Ubisoft, and Deep Silver have all offered up support and have explained that these claims aren’t coming from them.

Plenty of YouTubers are being affected by this financially and emotionally, as a healthy number of them make their lively hood off of making videos professionally. Plenty of people have suggested moving to other services such as Twitch or DailyMotion.