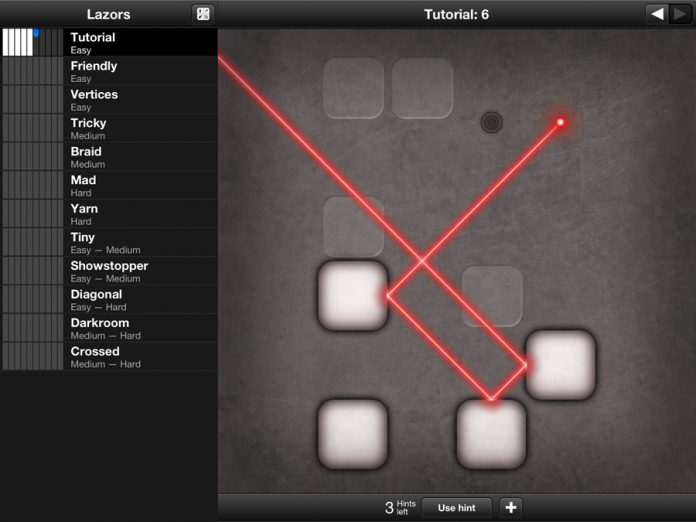 Let’s face it; gaming is an expensive hobby; if you’re a console gamer you have the issue of having to buy expensive hardware, $60 games, $50 controllers, and any number of different peripherals. PC gamers have to worry about keeping their system up to date if they want to play the latest games; and mobile gamers have a similar problem with phones and tablets becoming outdated before you even walk out of the store. With all the hardware and software to keep your wallet tied up, gamers tend to stick with what they know and rarely branch out to try different types of games. Fortunately, with the rise of mobile gaming, the indie game scene, and the casual market, it’s cheaper than ever to play some truly great games; you just have to dig mountains of crap to find them. And that’s just what I’m here to do: dig through the crap, so you don’t have to. The only criterion for this series of posts is that all games must be $1 or less. So, without further ado, let’s talk about our first game: Lazors.

While perusing the app store yesterday after I purchased my iPad, I stumbled upon an interesting looking puzzle game called Lazors. I’ve always been a fan of puzzle games, and I believe touch screens and puzzle games go together like Koume and Kotake (nerd points will be rewarded to whoever gets that reference) and at the low, low price of free, what did I have to lose? 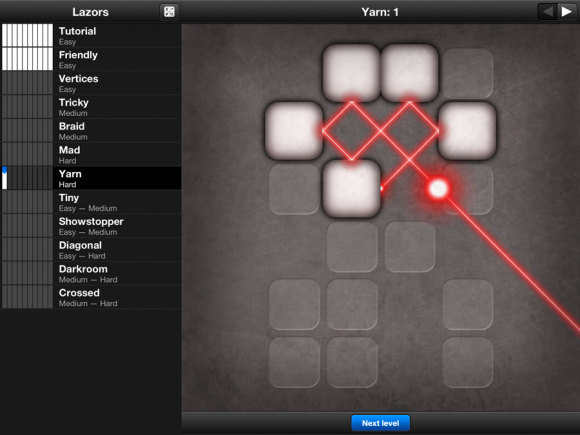 Lazors is a game that tasks the player with rearranging reflective blocks to cause a laser to hit a target. That’s basically it, but what it lacks in depth, it makes up for with thoughtful puzzle design that can become quite challenging as the levels progress. Things also get a little trickier when other types of blocks are introduced such as stone and glass. Stone blocks stop the laser from continuing on so you have to work around them, while glass blocks split the laser into two separate beams. There are also blocks that are bolted down and cannot be moved; these can simultaneously hinder and help you and its clear they are thoughtfully placed to this effect.

The game doesn’t follow the standard puzzle rule of “if something is present, it must be necessary”. Sometimes an extra block will be thrown in just to confuse you, or the level will feature way more movable spaces than necessary. Other times, a level will look very complex, causing you to over think everything when, in actuality, the puzzle is quite simple; so look out, this is one of those games that will make you feel smart one moment, and stupid the next. Lazors is available all iOS devices and can be found here on the App Store.