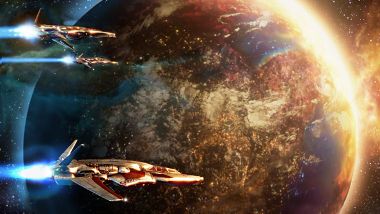 Futuremark has released three full-version testing animations from the newest 3D Mark presenting the future of computer games graphics. The animations make full use of the DirectX 11 possibilities and employ variety of high-end graphic effects like tessellation, ambient occlusion and particle illuminations. The creators of world’s most popular benching software have just stated that since its release 250 thousand tests have already been performed thanks to their newest product.