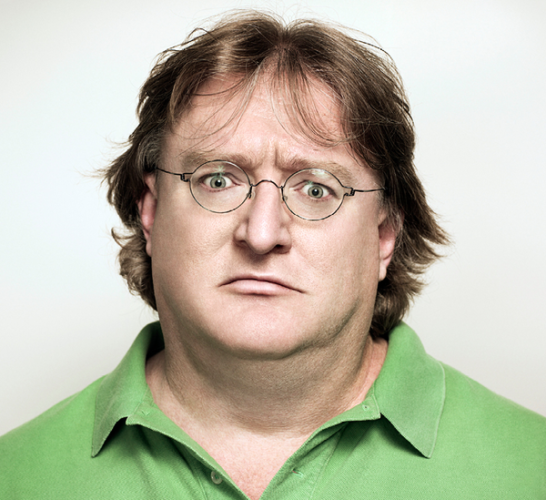 The British Academy of Film and Television today announced that Valve CEO Gabe Newell will be the recipient of the BAFTA Fellowship at this year’s British Academy Game Awards. In receiving this award, Gabe joins a prestigious group made up of other industry pioneers such Peter Molyneux, Shigeru Miyamoto and Will Wright.

Harvey Elliot, Chair of BAFTA’s Game Committee notes the critical success of many of the games Valve’s  has been responsible for – including the BAFTA award winning Left 4 Dead and Portal 2 – as one of the key reasons for Gabe’s nomination. However, he also feels that “Gabe’s contribution to the industry is unique,” when compared to the many others that BAFTA could recognise with the award, with an outstanding track record in “giving back to the game industry” through the Steam platform. BAFTA has also considered Gabe’s emphasis on “working with the community,” something that can be clearly seen in Valve’s outstanding support of mods and user created content in games such as Dota 2 and TF2.

Gabe is understandably elated at receiving the award, commenting that it is an “honour for [him] and everyone at Valve.” He feels that there is a great deal of thanks in order for “many in the UK – to those who played [Valve’s] games, to the great support of the UK press and to UK based creative contributors such as Garry Newman.”

The BAFTA will take place on the 5th of March at the London Hilton, Park Lane and will be streamed live at this link.