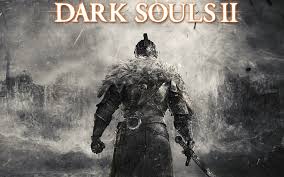 Dark Souls 2 is unlikely to be getting any post-launch DLC, according to the games producer Takeshi Miyazoe.

Miyazoe discussed the decision with Edge, saying: “For Dark Souls 2, we don’t even expect any additional downloadable content because we want to deliver a full game, the full experience, to fans that purchase the package from day one.”

From Software did one piece of DLC for the original game: Artorias of the Abyss, which added new weapons, enemies, locations, bosses and a competitive PvP game mode.

Also ruled out for the RPG was the introduction of free-to-play elements such as microtransactions, with many games such as Soul Calibur and Tekken taking towards the controversial business model. Miyazoe assured everyone that it won’t happen any time soon: “Spending a couple dollars on certain items does not help the experience. So no free-to-play yet!”

Dark Souls 2 is coming out on March 11th 2014 on PlayStation 3 and Xbox 360, with the PC version due to be released at a later date.  More details should be coming soon on the game, last week we got details of the Dark Souls 2 covenants that we can join.

Are you pleased with Miyazoe’s decision to release the full game at launch, or were you hoping for some DLC to keep you playing for longer?