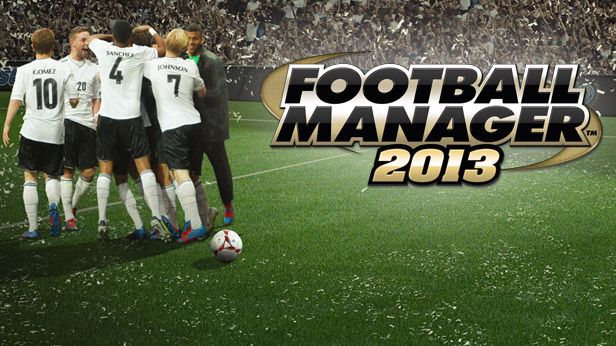 Please have in mind that any of the problems listed below might (and hopefully will) get fixed by the time the full game is released in November. This is just a beta build, and betas to have bugs and errors. Still, some might remain in the game. But let’s just see the good, the bad and the ugly about Football Manager 2013!

One of the biggest additions this year to the game – and something that doesn’t matter too much for me – is the inclusion of two new game modes. Football Manager Classic is a mode for those who don’t have much time on their hands and goes away from the complex simulation and makes me remember the good ol’ days when the game was called Championship Manager. This means that we only care about the players and winning the games and tons of time consuming features are removed. You can even get an instant result of your game and go through a season as fast as lightning. Not really my cup of tea, but certainly a godsend for those who don’t have much time on their hands.

The other new mode is the Challenge mode which I’ll certainly try at some point. The idea here is that you get a task and you have a limited amount of time. From avoiding relegation to finishing a season high with your star players injured, this adds some extra challenge to the managers and might prove to be really fun.

And now back to the real Football Manager 2013, because that’s the main focus here! There are a few major changes in the game and many small ones and probably I won’t be able to cover them all. Trying to sum things up already, I can say that FM 2013 does look like a better and improved game overall and fans of the genre will get to love it ASAP.

Sports Interactive have played a lot with the Training this year and initially I wanted to say “God, they ruined training in FM,” but after spending a little time with the game I realized that it might not be that bad, after all: this time, instead of making schedules, you get players to individually train a pre-determined schedule which can’t be modified. The good thing is that these schedules are actually player roles, so if you want an advanced playmaker, you set your player to train the Advanced Playmaker position and he’ll focus on the skills required for that position. Pretty nice, in the end, even though setting things up for the first time for the entire team is pretty time consuming at first (there is an option to let the AI do that for you, but I don’t really trust that).

Another important change that affects the gameplay was made to the match engine. This year’s match engine comes with better visuals and smoother animations, but it still is far from perfect. Now it seems to be some sort of an early exploit of crossing, because almost all crosses end up as goals. I have also seen so few sliding tackles in the game that I almost went nuts (actually, the FIRST sliding tackle was seen well after the first half season!) and the players still act unnatural in certain circumstances, but some things were fixed comparing to last year’s game: for example, our players have more success taking throw ins, the players no longer run with the ball outside of the pitch and the free kick taking has been improved.

Football Manager 2013 also brings in a ton of new things, from new staff (head scouts, Director of Football) to many changes of the user interface and the transfer area – all of which might not seem very important for how the game goes, but overall will prove interesting in the end.

There are many bugs still in the game, most related to the match engine (like goalkeepers ignoring the back passes, that crossing exploit, the ball that goes through the net and some goals from impossible positions), but overall Football Manager 2013 is a much better game than FM 2012. And that’s all that matters, in the end!