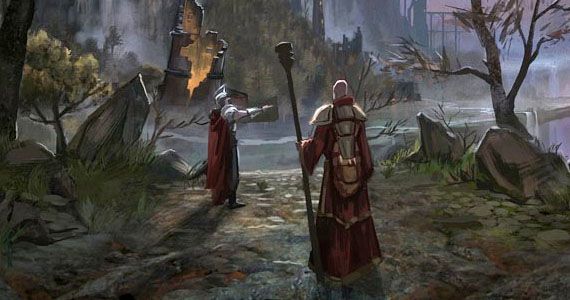 Bethesda have decided to release the first Elder Scrolls Online video, providing us with 9 and a half minutes of ESO details and gameplay footage and I must admit that it all looks pretty exciting and great, most likely ready to prove wrong those who didn’t have much faith in the game at first.

There are also some Elder Scrolls Online details – or new information, if you will – revealed by the folks over at Bethesda and there are even more reasons to get excited. For example, we learn that:

– there will be no shards, just a megaserver that Bethesda has cooked up for us
– the combat will be similar to that in the single player games (mouse-based combat, not hotkey combat)
– it takes place 1,000 years before Skyrim and we have PvP, huge battles, bosses that once killed will never return and much more.

Check out the Elder Scrolls Online gameplay video below:

A nice way to start talking about the MMO!