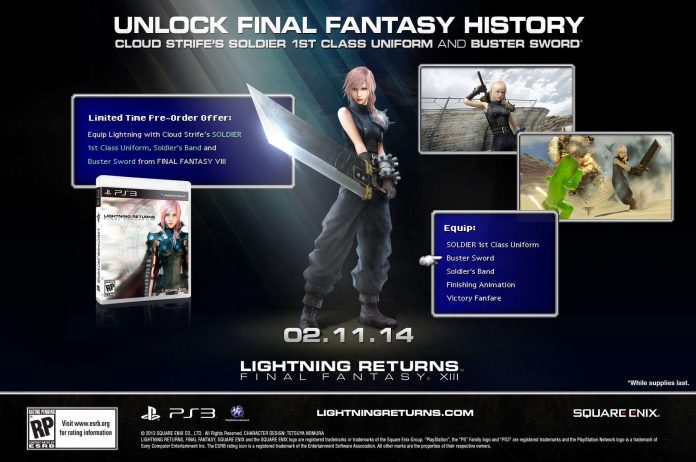 This “limited” pre-order bonus for Lightning Returns will let you dress up the titular Lightning in Cloud’s SOLDIER 1st Class Uniform as well as his Buster Sword and Soldier’s Band. Additionally, Lightning will strike Cloud’s finishing animation and victory fanfare.

Depending on how nostalgic or cynical you are, this pre-order bonus is either an excellent bridge between two generations of gaming or a cheap effort for Square Enix to make as much money on pre-orders as they can while doing as little original game development as possible.

Whether you care about Lightning crossdressing as a familiar SOLDIER, Lighting Returns is scheduled for the PS3 and XBox 360 on February 11, 2014.