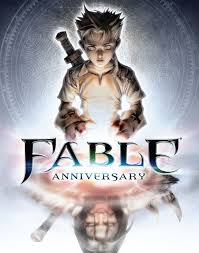 Fable Anniversary has had its release date pushed back until February next year, according to Lionhead.

The studio confirmed the news via a blog post, saying that “It’s not easy making these decisions”. However, they believe the time spent on it will be worth it so the game can reach its full potential.

They insist that they need a bit more time on the game to make sure the experience of Fable: Anniversary Edition is the best experience for fans of the series. They want to “meet our ambitions and give you, the fans, the best game possible.”

The post confirmed that they expect Fable: Anniversary Edition to be on store shelves and on the Xbox Games Store in February 2014.

To help with the disappointment in the delay, the post promised that over the next couple of weeks, Lionhead will be sharing more details on the game. These will include “more screenshots, more game footage and perhaps even some… top secret announcements!”

Also announced was a live question/answer session on Twitter, which allows you to ask questions to Lead Designer Ted Timmins and Producer Craig Oman later today, with times confirmed as:

So it seems we will have to wait until February to celebrate the original Fable. Lionhead are also working on multiplayer Fable spin-off Fable Legends, which is due to go into Beta on Xbox One next year.

What secret announcements do you think Lionhead teased us about? Are you still excited for this Anniversary Edition?