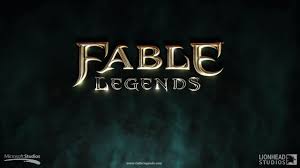 Fable Legends, Lionheads’ four vs one players cross platform game will be free to play on Xbox One and Windows 10 PC, Microsoft has announced.

Xbox One players will require a gold subscription to Xbox Live, but no such restrictions will be imposed on Windows 10 players.

Lionhead explained in a blog post they have three commitments to the free-to-play approach, to be open, fair and generous:

“You’ll be able to play Fable Legends from beginning-to-end without spending a penny. That means you’ll have access to the entirety of Fable Legends’ storyline and all of the quests we release this year and forever.

“Everything in Fable Legends that affects gameplay can be earned by simply playing the game.

“Our goal is to have a happy community of players. We’ll be updating the game with exciting new quests to play through, Heroes to play as, Villain creatures to control, and lots more.”

The game will work with a focus on silver, which is earned through playing the game, either as hero or villain, to purchase items to increase the power of your hero or your creatures. You’ll also be able to buy gold with real-world money, which can then be used to purchase many of the items that are also available for Silver.

Another way the game is planning to make money is through the purchase of heroes. The game will have four heroes which will be available to play for free. The heroes on offer for free will be rotated after a period of time to new heroes. Progress made with each character will be saved, so you can continue where you left off when the hero returns to the rotation. If you don’t want to wait you can purchase that hero to have them available permanently.

Lionhead concluded by saying: “We want to make sure our approach to free to play gives everyone the freedom to enjoy the game to its full extent, and that’s exactly how we’ll continue to develop the game after launch.”

Take a look at what Lionhead had to say about the new game model: