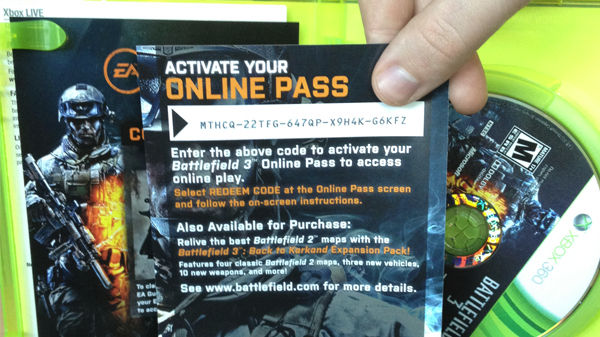 EA today announced that it will be scrapping its Online Pass system, a decision that has been influenced at least in part by outcry from fans.

While the system will remain in place for older games that were released with the Passes, all games published by the company in future will not include the “feature.”

The Online Pass system was officially in place to “package a full menu of online content and services,” but given it’s nature, many have come to assume that it was in fact a way to crack down on used games sales. The system meant that every copy of the game came with a special code, which needed to be activated in order to give players access to much of the content of the game. Battlefield 3  for example, locked buyers out of multiplayer unless they correctly entered the code. This code was locked to a single account, which meant that once traded in the game was next to useless for the next buyer, unless a new stand alone code was acquired, typically for the price of around 10 dollars.