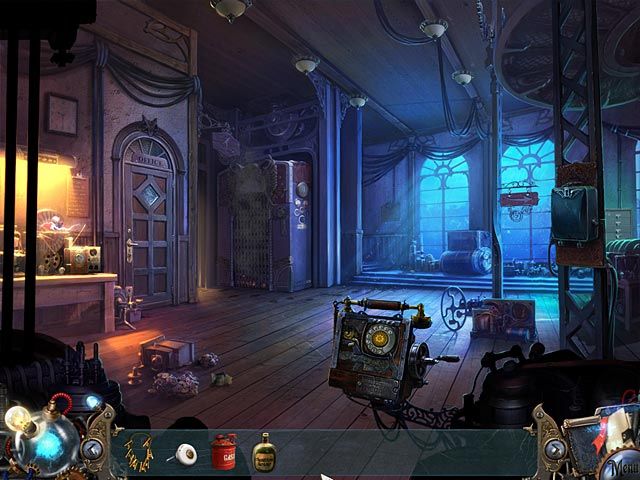 It’s time for an adventurous Monday and we have to start it with Tesla’s Tower: The Wardenclyffe Mystery, a new adventure released over at Big Fish Games, coming with a casual experience and some hidden object elements squeezed inside this little game.

Save the world from an expirement gone wrong in Tesla’s Tower: The Wardenclyffe Mystery! Nikola Tesla – villain or victim? It’s the question everyone asks after what should have been his greatest invention drained the world of color. Tesla disappeared in the Ether that fateful day when his experiment went horribly wrong. Help him get back and bring the color back to your world!

Just a word of warning: if you don’t like dialog and don’t like to follow a story, then this game might not be the one you would like to play because it has a lot of those and Tesla himself looks like a very lonely man that does nothing else but talk.

However, if you get over the “too much talking” phase, Tesla’s Tower: The Wardenclyffe Mystery is a good game and quite challenging at times: you have puzzles to solve (like starting Tesla’s box) and also hidden object scenes that will certainly look very familiar. So all in all we can say that Tesla’s Tower: The Wardenclyffe Mystery is a fun game so you should give it a try.