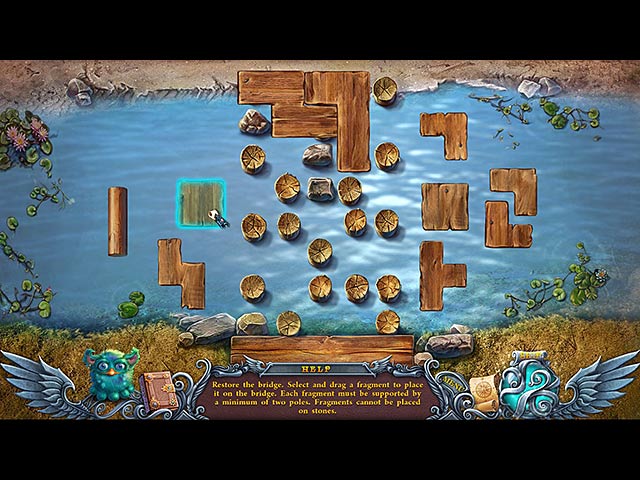 Over the weekend, the nice folks at Big Fish Games decided to surprise us with a really high quality hidden object adventure game launch, Spirits of Mystery: The Silver Arrow. If you’re a fan of the genre and haven’t played it already, do yourself a favor and give it a try. We think you’ll love it!

Discover your true destiny in Spirits of Mystery: The Silver Arrow! When you met Prince Philip, it was love at first sight… but his obligations to his kingdom kept you apart. Tradition required Philip to let Fate choose his bride by shooting a magical Silver Arrow into the sky. As luck would have it, the Silver Arrow chose you! But the moment it landed at your feet, a notorious shape shifter appeared and took it away from you! Now you must track him down and get back the arrow before his mysterious client can get her grubby hands on it and present it at the wedding. Will you make it in time? Find out in this exciting game.

This is a game for the experts, which is why I think most of you will love it, because it’s been a lot of easy games launched recently. This one has some nice hidden object scenes with interactive objects and scenes that challenge you to put back objects into place, and it also has some great minigames, most of them pretty difficult and all extremely fun. The graphics are well done and for some reason I found the soundtrack pretty charming.

So, as I was saying in the intro, do yourself a favor and give Spirits of Mystery: The Silver Arrow a try, it’s really worth it. And if you get stuck, don’t forget that the Big Fish Games team has the Strategy Guide ready to take you through the whole story (Which you don’t have to buy if you get the Collector’s Edition)!