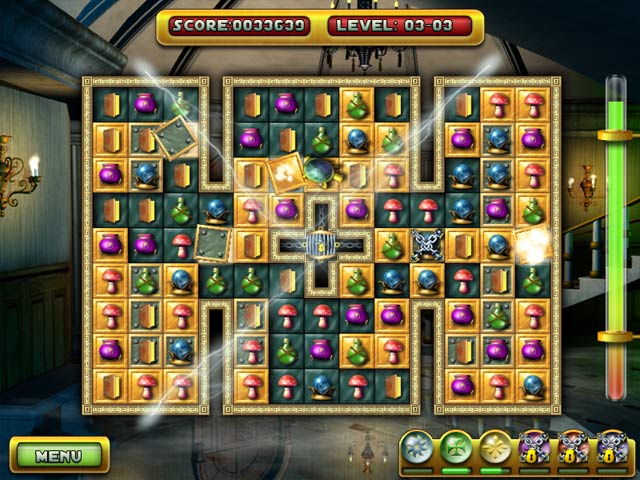 Mystika: Between Light and Shadow is a game that has just been released over at Big Fish Games and delivers a nice mix for casual game fans: Match-3 elements mixed with hidden object scenes to add for some variety and keep you going. So read on to see why should you download this game right now!

The magic world of Lumina needs a new hero! It’s up to you to face Tenebria, the queen of the dark world in the original Match 3 game, Mystika: Between Light and Shadow! Your adventure will lead you to incredible places such as eerie caves, mystic castles and scary crypts. Collect powerful spells, rescue your friends the “Luminos” and banish monsters to make your way through this enchanted world. The journey of your life is about to begin.

The game comes with some very clean and nice graphics and an incredible soundtrack. It’s not the most difficult Match-three game that you have ever played, not the best hidden object title, but the mix is fun enough to keep you going and if you feel the need for something not too challenging (which is also great for younger audiences), then Mystika: Between Light and Shadow is the game you should try out!

It has achievements, scores are kept, trophies are won and a great deal of puzzles are there to be completed, so head over to Big Fish Games to find out more about Mystika: Between Light and Shadow.