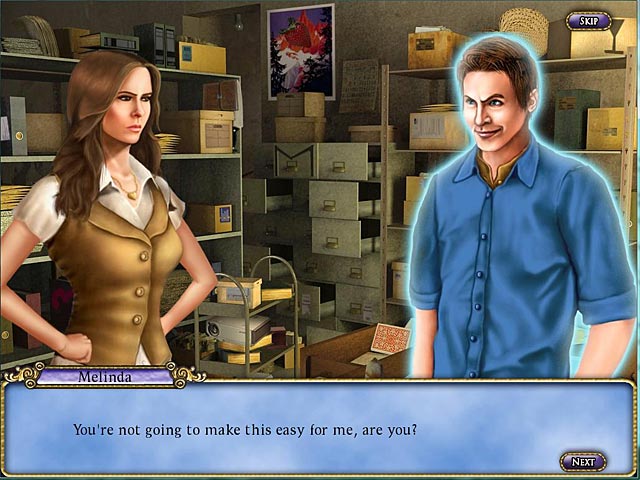 It took them pretty long to decide and create a game based on the highly popular Ghost Whisperer TV series, but now it’s out and you can download this pretty solid adventure game from Big Fish Games for as low as $2.99 if you’re a first time client. But as you will see, the title is worth much more than that so it’s a must have for fans of the genre. So let’s see why you should download Ghost Whisperer and start playing it right now!

Inspired by the popular TV series “Ghost Whisperer,” take on the role of Melinda Gordon, who has a special gift…communicating with the spirits. Help ghosts with unfinished business to “cross over” into the light. There are two chapters to solve and certainly more to come in the future.

“Forgotten Toys” follows the tale of a famous toy-maker whose haunting past seems to have finally caught up with him. “A Brush With Death” tells the story of a ghost haunting the Grandview Art Museum shortly after a very special painting is put on display.

The game is also pretty long and the two chapters might take you as long as 8 hours to complete and the game Ghost Whisperer is filled with hidden object scenes and puzzles, as well as really nice stories that really make you feel that you’re in the TV series. The only problem is that we don’t have the real actors in the game and for the fans of the series this will certainly be a big turn off. But at least the concept is the same.

So if you want to download Ghost Whisperer or simply find out more about it, head over to Big Fish Games and check it out!