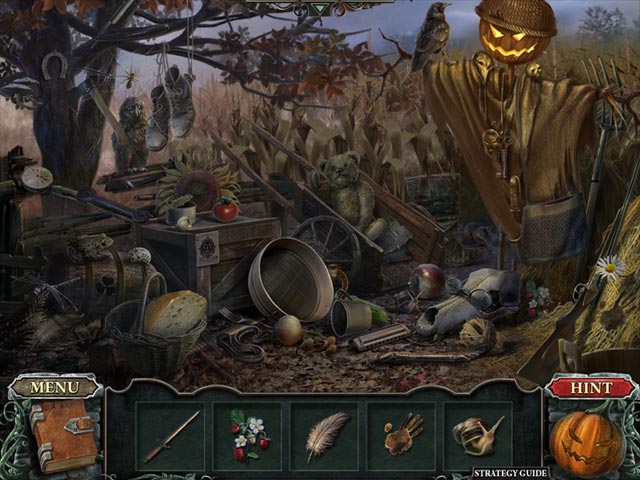 2012 was a great year for hidden object games, but 2013 kicked off pretty slow and there were not many notable releases until today. But with the launch of Cursed Fates: The Headless Horseman on Big Fish Games, we already have our first major hot Hidden Object game available for download and if you were hungry for some quality gameplay, this title is for you!

Spooky and great, Cursed Fates: The Headless Horseman tells the following story: “In the northern part of the state, near the upper reaches of the Hudson River, there is a town named Sleepy Hollow. As is often the case, small towns hide big mysteries. A chain of bloody events commenced one ordinary night. A secret marriage and a new will have inflicted a dreadful curse upon this town. A terrible legend has become reality. The legend of a terrifying creature returned from hell.”

The game comes with a ton of locations to explore, has good quality hidden object scenes, amazing cutscenes and voice over and overall the entire game is a blast to play. Add to that mini games (the regular ones, so nothing fancy here) and trophies to unlock and you have a great game for the start of the year.

So head over to Big Fish Games and download Cursed Fates: The Headless Horseman – you won’t regret it!