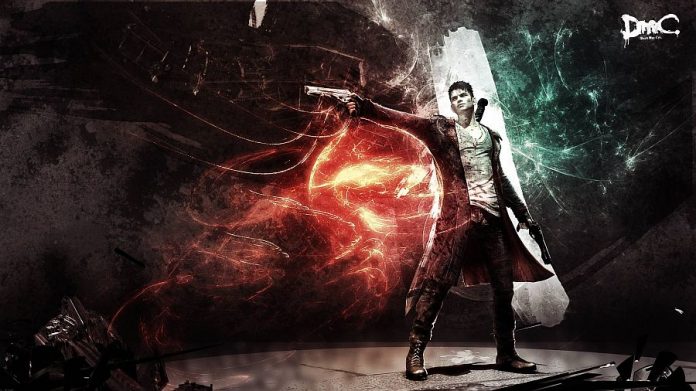 DMC:Devil May Cry has just been released and many people are having trouble on getting through the game and i am here to help you solve that problem with a DMC Devil May Cry walkthrough. Since the game is huge, as you probably know already, we’ll start this DMC Devil May Cry: Walkthrough with the walkthrough for the first mission and continue from now on with new missions until we help you complete the game.

When you start the game a small cutscene plays after that the mission commences. Once the first mission begins you play as Dante his story will be revealed throughout the game. At the start of the mission you must defeat the Lesser Stygian around you, also if you see anything in the game that looks destructible hit it and it will probably give you some red orbs.

After you clear out the first area follow the mysterious woman and jump over the barrier. Once you’re over, an enemy called The Hunter tries to destroy the floor you’re standing on, you must try and escape and dodge the things it throws at you. At the end of the short run you receive your guns called Ebony and Ivory.

Now you must defeat the Bathos that surround you. It would be smart if you shot them down with your guns since they are flying enemies. Once you clear down the Bathos you need to move towards the hotdog stand then a small cutscene starts and it’s with the mysterious woman and she explains she’s a physic and wants to help you get out of Limbo and back into The Real World, she also says her name is Kat.

After that keep going, the game brings the camera Zoom into a Lost Soul which you can get to get your mission completion bonus higher. I am working on a collectible guide for DMC so stay updated for that!

Back into the walkthrough, go and destroy the lost soul and keep progressing through the level. You will then be surrounded with more enemies so take them out. I would take them out by going under the ride and then do a Aeriel attack and the ride will slice them in half for you, you will also receive an upgrade point for it and an achievement or trophy.

Keep progressing through the level and jump over the barriers blocking your path. On your way you will find a gold orb, once there another small cutscene triggers and you get your coat which looks great.

After that, more enemies come to attack you, finish them and another mini cutscene happens, after that the hunter keeps trying to attack you so keep evading until Kat appears. Once she appears and tells you to follow her, follow her and you will be safe for a few minutes. Follow the path and when you reach the big mirror the hunter will come out and Dante dodges it which makes the hunter go through the wall.

Keep progressing through the hallway and eventually you reach the exit but then it gets blocked and a bunch of enemies come to attack you, once you finish them the exit gets unblocked and moves out you must get to it by jumping over the things that are blocking it.

When you are out, the hunter tries to destroy the ground, try and run towards the end and jump over the broken ground. When you reach the end you begin your boss fight with The Hunter.

Try and attack its face – that’s a really good spot to attack him at first and try and evade his attacks as much as possible. After a few hits to the face it will come down being vulnerable. Keep attacking it while its down and you should be able to take a lot of its health.

After 10-20 seconds of being down it will come back up and jump on the circus ride, while it’s up shoot him with your guns to get him down. He will be vulnerable again, keep doing this until you defeat it.
After that you have finished the first level!

I hope you enjoyed this walkthrough for the first mission in DMC: Devil May Cry! Stay tuned for more coming soon!

UPDATE: Click here to check out the walkthrough for mission 2!