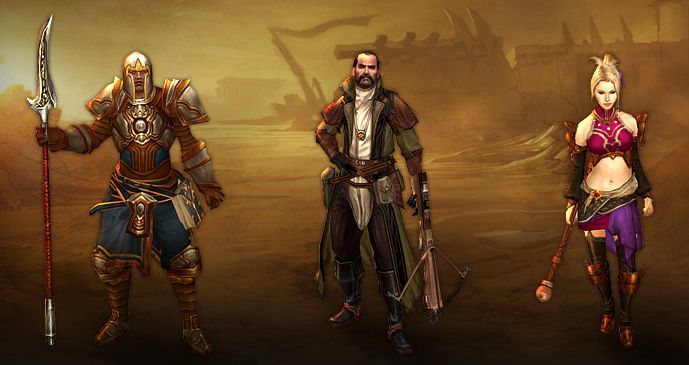 As you probably know already, there are three followers in Diablo 3, all of them providing excellent aid and proving to be extremely useful, especially in the later stages of the game. Therefore, getting the three followers (Templar, Scoundrel, Enchantress) as fast as possible is a great bonus. That is why I have decided to share with you this guide on the Diablo 3 followers, telling you where to find them and offering a bit of information about each follower.

Templar – Diablo 3 Follower location
The Templar is the first follower that we get in Diablo 3. Kormac is his name and we will get him in the Cathedral level of the 1st act. Be warned that at the moment of writing, there is a nasty Templar Shield glitch that breaks the game, so wait until Blizzard fixes it. The Templar will be found during the Reign of the Black King quest.

Kormac the Templar is extremely useful in the game, his skill tree contains 8 skills but you can only choose 4. He can be used as a defensive melee fighter, he can cause damage and even used as a Tank.

Scoundrel – Diablo 3 Follower location
The Scoundrel is the third follower that we’ll get in Diablo 3. Lyndon is his name and he’s a very interesting character, who’s in it for the fun of it. Just like us. You will find the Scoundrel in Diablo 3 during the Fields of Misery level in Act I when you complete the Broken Blade quest.

The Enchantress is an expert mage and can be extremely useful to any class you play in Diablo 3, offering both supportive spells as well as Debilitating magic. She is by far my favorite Follower in the game.

SPECIAL OFFER! Are you interested in learning how to speed level in Diablo 3? We have the best guide here (click to visit!)