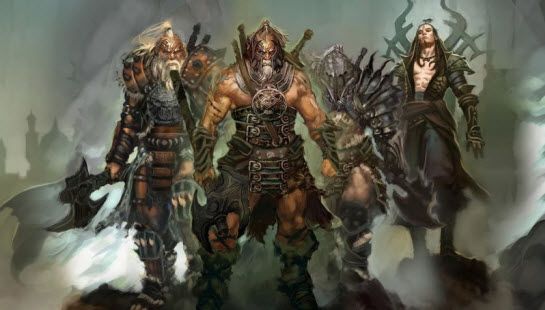 We’ve already talked about the Diablo 3 followers and where to find them, but we still haven’t decided which of these followers is the best one to take with you throughout your adventures: could it be the Templar? Or the Scoundrel? Or you prefer the Enchantress?

I have already told you that overall, the Enchantress seems like the best choice in the majority of cases, but we shouldn’t look at the followers in Diablo 3 generally and instead we should decide which is the best follower to choose depending on our class and play style. Below are some suggestions regarding the best Diablo 3 follower based on character’s class.

Best Follower for Barbarian Class in Diablo 3
I would go for the Enchantress here because of the capabilities she has to augment our strengths turn the character’s weaknesses in our favor. The Scoundrel should come in second here.

Best Follower for Wizard Class in Diablo 3
Here the Templar might be the obvious choice, no matter if you prefer to stay ranged with the Wizard or go close and personal in combat. The second choice as the best follower is the Enchantress for her crowd control and ultra-magic skills

Best Follower for Monk Class in Diablo 3
Here it’s really difficult to choose the “best” follower since it depends a lot on how you choose to play the game (which also stands for the majority of the other classes). However, I would again be subjective and choose the Enchantress as the best to follow since she comes up with some important buffs. The Scoundrel would be considered the next best choice because of the ranged bonuses it can offer, as well as destruction

Best Follower for Witch Doctor Class in Diablo 3
Probably the easiest decision of them all: the Templar is the best follower here thanks to his healing and defensive bonuses. In second place comes the Enchantress, since she can offer some crowd control that is always useful.

Best Follower for Demon huntress Class in Diablo 3
Again, it’s really simple here and the answer is similar to that of the Witch Doctor: the Templar should be considered the best choice, again for his healing and defensive bonuses. In second place comes the Enchantress, for her crowd control and ranged DPS, but really I don’t think you should opt for anything but the Templar if you play the Witch Doctor.

So here you have my advice regarding the best follower to choose in Diablo 3. What are your thoughts, though?

SPECIAL OFFER! Are you interested in learning how to speed level in Diablo 3? We have the best guide here (click to visit!)