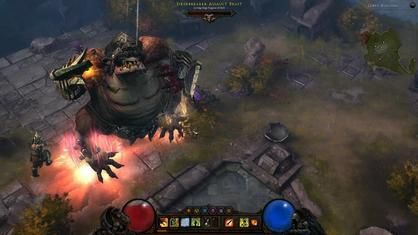 After the announcement Diablo 3 was coming to the PS3 and PS4 later this year, Blizzard have revealed the game will also be ported over to the Xbox 360, and more than likely, the Xbox One. Both the PS3 and Xbox 360 version of the game will be released on September 3rd, this year.

It is expected Diablo 3 will then be a launch title for both next-gen consoles when they are released towards the start of the Festive Holidays. Blizzard posted the news on their Battle.net site and confirmed pre-orders are now available, with an experience-boosting Infernal Helm item to speed up levelling through Sanctuary, up for grabs as a bonus.

Diablo 3 has had mixed reviews since its release in May, last year. The action-RPG was slated for its dreadful launch on the PC, with numerous in and out of game errors, bugs, connection problems and the auction house, which has been taken out of the console versions. It did, however, draw a new crowd of hack and slash fans, and Blizzard expect relatively decent sales on its release.