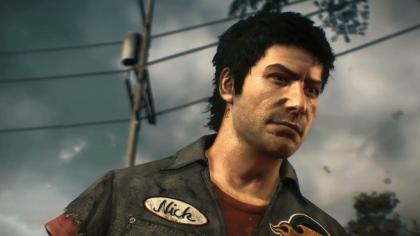 In a recent interview with OXM, Dead Rising 3’s producer Mike Jones revealed that the 3rd installment in Capcom’s zombie series will have over 6 to 10 endings.

He goes on: “I think typically we’ve always had about somewhere between six and 10, something like that. There’s a handful of branching points that make a significant difference, and whether you’re able to play beyond the normal timeline or not.”

He went on to mention Overtime mode. “”Previous Dead Risings would always have modes like the Overtime mode, where you get to discover the truth behind everything that’s been going on,” Jones said. “So there’s not just the six days, we’re going beyond that if you make the right story decisions. So it’s not like choose-your-own-adventure crazy infinite endings, there’s a finite amount, but they all [correspond to] meaningful story decisions that you make as you play through.”

Dead Rising 3 will also feature a side-story that is only accessible through smart glass. The function seems pretty simply. The main character triggers this side-story by talking to a specific NPC in the game. The content is then concurrently available through a tablet or smart phone.

Dead Rising 3 is a Xbox One exclusive set to launch on November 22 alongside Microsoft’s latest system. A PS4 version is currently not under consideration.

Fans worried for this latest entry. The trailer and game play demo shown at E3 2013 left a very serious impression. Speculation suggested that Capcom had abandoned Dead Rising’s roots. But with this new reveal of multiple endings it seems as though Dead Rising 3 is still keeping the series’ goofy roots.