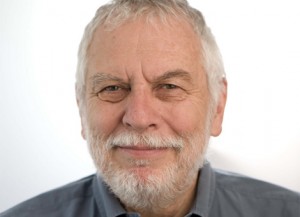 Speaking to BBC news Nolan Bushnell claims that Nintendo might be treading towards a path of irrelevance. The 70 year-old who founded Atari, one of the earliest video game companies around, believes Nintendo is making the wrong gaming decisions. Nolan discussed Atari’s dramatic fall and how Nintendo might just face the same consequence.

Mr Bushnell said Atari had been “abused by corporate charlatans” after a “glorious beginning”.

“I don’t think handheld game-only devices make sense anymore,” he told the BBC. “Not when you have an iPod or an Android microtablet.

“When it comes to the console market, I think the market is truncating.

“And now I think the other [consoles] are good enough on those things, and the rush to upgrade from the 12-and-under is not nearly as important.”

The Wii U, Nintendo’s latest home console, has seen terrible commercial progress. The console has only sold around 3.5 million units in North America, half of what the original Wii was capable of selling during the same time period. In contrast the 3DS has been doing extremely well for Nintendo. The handheld is currently dominating it’s market and has provided some of the best titles this year. Fire Emblem: Awakening has quickly become one of the highest reviewed games this year, and the latest Animal Crossing game has enveloped most peoples’ time. The casual game has dominated the limelight in the industry, and especially Youtube.

Nolan Bushnell certainty has the credibility to comment and predict on Nintendo’s fortunes. His company did go through the same struggles with their home console, and they never did recover from it.