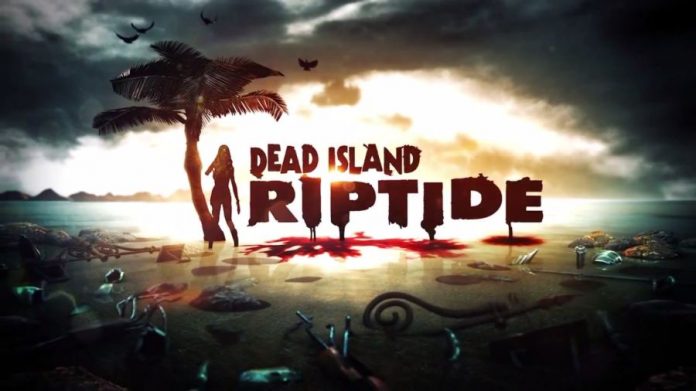 The game, Dead Island: Riptide, has been anticipated highly by many gamers who were fans of the first entry of the game. The game is highly addictive, and can be compared to others such as Left 4 Dead. The game is in development by Techland Studios and will be released for the PlayStation 3, Xbox 360, and PC on April 23rd. The game will feature many new elements that will make it much more stunning than the first entry. These features include new mutated zombies, dynamic weather system, varied environments, and new “hub defense” missions.

Furious monsoon rainstorms have laid waste to the island of Palanai in the Banoi archipelago. Waters have risen and caused a flood disaster. Because of this and the raging zombie invasion, a rescue mission for the survivors seems to be without prospect of success. All hope seems to have been lost for the surviving humans.

The game’s story line continues right after where the original game left off. The four survivors have found themselves stranded on the island of Palanai in the South Pacific. The four thought they had escaped the zombie apocalypse after retreating from the over run island of Banoi. The four land on a ship which was over run by a raging monsoon, and all of the members were infected with the zombie outbreak. The ship runs aground which causes the nightmare to start all over again.

The players in Riptide can import their original character from the first Dead Island game over to this one to use to fight the zombies. Also, level limitations with co-op partners has been removed to increase the amount of gameplay you can put into it. Connections with other players is also simpler, and the game engine automatically tells you when a friend is logged in and nearby ready to play a game with you. You could jump into someone else’s game, or they could join yours. Firearms can now be earned earlier in the game and your player’s weapons will last longer in this entry. The zombie-spawning system has also been worked on and advanced. There will be more zombies on the screen at any one time, with a few alterations. Zombies will still reappear as a player returns to an area, but the game will take into account if the player is on a mission, how recently the player passed through, the condition of the player, and whether there is just one person, or a group of people passing through.

A new character named John Morgan, a hand-to-hand combat specialist will be joining the team as well in this new entry.

New zombies will be seen in this game as well. A drowner, a zombie that appears as a lifeless corpse submerged in water, but wake up when a human walks by. A grenadier, a zombie that throws grenades at survivors. They can also rip growths from their lower body and use them as weapons on the survivors. The wrestler is a large, buff zombie that uses its large fists to slam survivors to the ground. There is also another zombie, the ogre, but its characteristics have not been revealed yet.

Riptide is set on the island of Palanai, and it provides many new environments to shred zombies up in. The game provides environments such as forests, swamps, mountains, and beaches. Weather also plays a large part in this game as well. Big weather effects ramp up attention during battles. No new weapons have been announced for this game, but from screenshots, players will be able to use assault rifles, pistols, shotguns, axes, shovels, crowbars, cricket bats, and machetes. For all information, check out the video below:

Dead Island: Riptide seems like it will be a very promising game, and I cannot wait to get my hands on it.