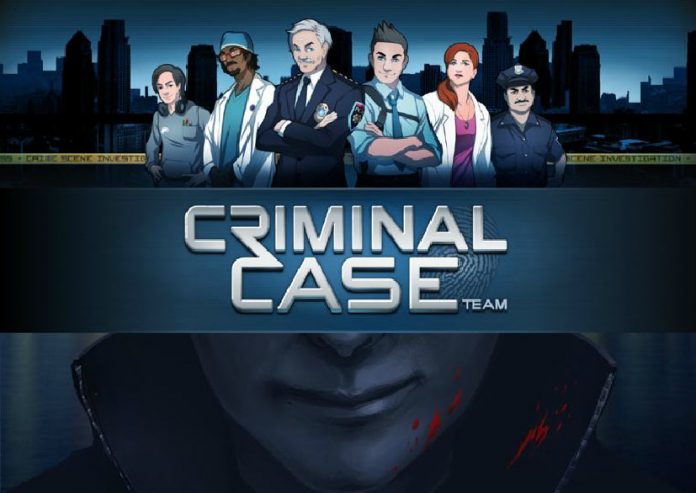 Criminal Case is a brand new Facebook game that puts you in the shoes of a virtual detective tasked to solve all sorts of crimes. It sounds more like an adventure game, but it’s actually a nice mix of hidden object elements and social gameplay and we’ll see in this review below just how likely are you to enjoy the experience of Criminal Case on Facebook.

You get straight to action in Criminal Case with The Death of Rosa Wolf – the first case that you have to complete and pretty soon you’ll see that this game means business. In other words, I was pleasantly surprised with the high quality of the graphics, combined with the quality of the hidden object scenes themselves: although they manage to seem very clutter-free, they are still challenging and sometimes you end up wondering if the developers didn’t make a mistake and misspelled an item you have to find because it doesn’t seem to be there. But it’s always there and it’s always rewarding to find them.

As a detective, you will not spend all your time in the hidden object areas: instead, you will have to analyze evidence, interrogate suspects and get clues to arrest the criminal. This is a very nice addition to the genre and Criminal Case manages to mix this with style: you won’t have to use energy to interrogate a suspect, for example, but use a skill star that you earn completing the hidden object scenes. It’s a nice and smart way of handling things – not too demanding on your limited amounts of energy, but still making you play the hidden object scenes and have a purpose on repeating them over and over again.

Unfortunately, this is the problem all social hidden object games are facing and Criminal Case is no exception: the fact that you have to repeat, over and over again, the same scene (even though the objects you have to find are always different) can become pretty boring and the need of some extra variety comes into play.

Criminal Case tries to bring that with all sorts of mini-games and puzzles to solve, but in the end the hidden object scenes will still have to be replayed to gain your stars and progress through the missions. It’s a “problem” of all similar games on Facebook and at least this particular title doesn’t go over the top forcing you to play the same scene too many times.

As I have already said, the graphics are on major advantage of Criminal Case as the game looks absolutely delightful. You’re very likely to forget that you are playing a Facebook game and think that you’re actually on a very well done offline Hidden Object game. And this is always a bonus.

I really don’t have anything to hold against Criminal Case – the energy seems to be just enough for you to have a good time every time you play, the hidden object scenes are very well done, the stories itself (the cases) you have to solve are extremely interesting and usually, when you think you have your killer, there’s a twist that things might be different and overall Criminal Case is a great game that I would highly recommend not only to fans of the genre, but to all casual and hardcore players out there.