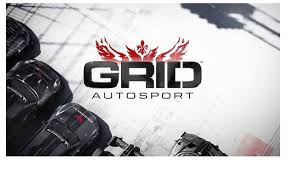 Codemasters have outlined their future content plans for GRID: Autosport.

In a post on Codemasters Blog, community manager Ben Walke laid out a rough guide as to what will be included in the games Season Pass. All content involved will be released over the next few months.

Three car packs are scheduled for the game, which are titled Best of British, Coupe Style and Road & Track. More detailed information about these will be given closer to each one’s release date.

Also on the cards for the Season Pass are three mini expansions. These expansions will each include a new single-player championship as well as a new set of tracks, routes and cars. Each mini expansion is based around a certain theme, in the expansions case there’s the Sprint Pack, Touring Car Legends Pack and the Drag Racing Pack.

Also detailed were patches being worked on, both fixes and improvements to the game that has been identified through player feedback. Features being added include a virtual rear view mirror, which will be seen in an upcoming PC patch.

“Alongside this we will also be allowing advanced controller options to be available for all peripherals, regardless of whether or not they are on our supported list.” Walke writes. “While we cannot say for certain how your controller will work, the options being available should allow you some degree of control over them.”

Both these additions are currently going through quality assurance, so expect to see them soon.

What are your thoughts on these plans? What would you like to see tweaked in the future?