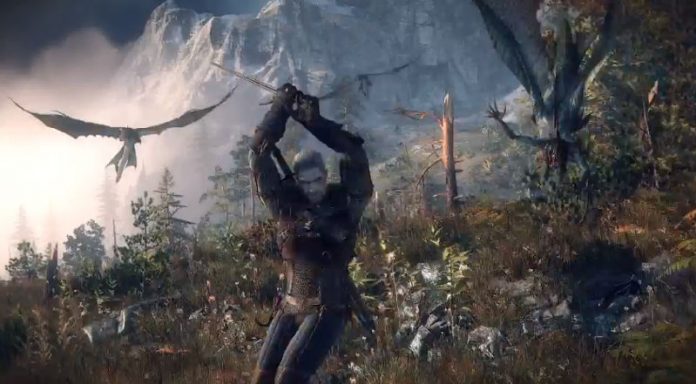 While there’s been plenty of screenshots over the past few months, this is the first time that moving footage has been made available to the public.

Geralt the Witcher appears, sporting a new look compared to Witcher 2. He looks older, which makes sense given that this marks the “last part of the legend.”

The trailer also gives a glimpse at the boat mechanics of Witcher 3: Wild Hunt, which will apparently allow players to more extensively explore the kingdoms they quest through. It remains to be seen whether these boats will merely be a way of moving from point to point, or if naval combat will play a role. The inclusion of a mermaid in the trailer does suggest that the game will allow players to run into monsters while sailing.

Also on show is the new combat system, which the developers have stressed is intended to be more tactical than Witcher 2. The idea is for Geralt to be in control of a fight, using a combination of magic and swordplay to take down multiple enemies.

Finally, the Xbox One version of Witcher 3 will use voice commands and Smart Glass integration, allowing players to use their mobile devices to interact with the game.