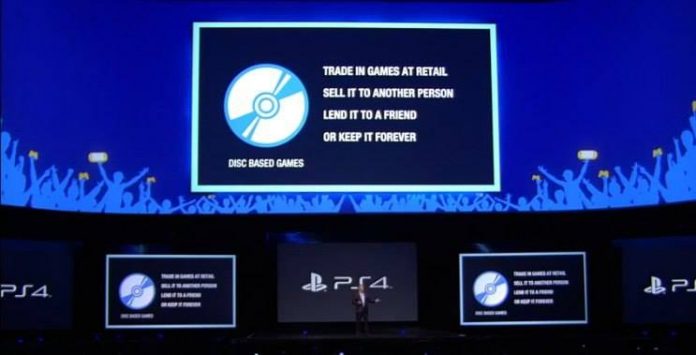 Sony provided one in-depth instructional video on how to share games for their next-gen console the PS4. And to think that I’ve been sharing my PS3 games by setting them on fire and flinging them at people like Frisbees.

Note that this sharing only applies to game discs. Sharing downloaded games may be more difficult (if not impossible) and may require animal sacrifices.

This simple and direct jab was one of many against Microsoft XBox One’s features. Used game support is one of the key factors for gamers are looking for when it comes to their expensive hobby. Additionally, the PS4 has plenty of games, a nice console design, doesn’t require being connected online all the time, and is $100 cheaper than the XBox One. The xboxdone.com link is just one final burn.