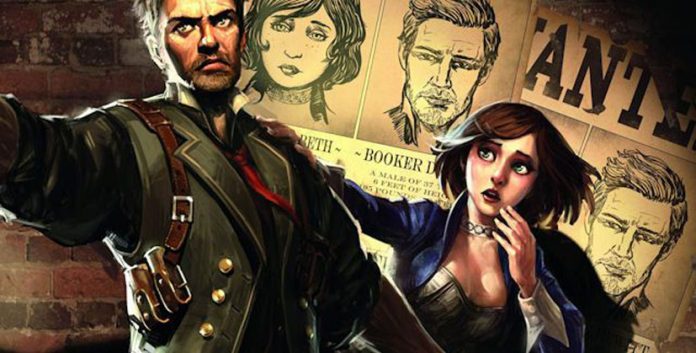 It’s not over because the Prophet is dead. He is alive in a million million worlds. It will only be over when he never even lived in the first place – Elizabeth.

Who is really Booker DeWitt? What is Columbia? And why is Elizabeth the center of the whole story? All the answers are within the final moments of BioShock Infinite. The ending is densely filled with vital information, in which the whole logic behind the story is finally unveiled and everything will make proper sense, or not. BioShock Infinite focuses many scientific topics relating time travelling and alternative dimensions; those subjects can be quite enigmatic no matter where they’re discussed. Everything happens for a reason and the events of BioShock Infinite could have been different, much different. In fact, it could have been a whole different story but that didn’t happen and players get to know exactly why in the final moments. As Elizabeth states the universe is full of possibilities; every door will open a new way to experience a certain universe in a completely different way. Basically, everything can become real; it’s a matter of probabilities – decisions can generate different outcomes. So, in the middle of an infinite number of story lines, why this one? Apparently, the answer is once again in math. In most universes, Booker took the baptism and therefore became Comstock. However, in Infinite’s timeline, Booker refused the baptism and went on with a tormented life, full of guilt, sorrow and atonement, which lead him to sell his own child. Perhaps, he felt his misery to the bone; a meaningless being doesn’t deserve to have a child, so rather let it grow far away from a sinful father. There’s no real explanation for Booker’s unforgivable act. Nevertheless, he could have never imagined that he would be selling his own daughter to himself, or in other words, to an alternate version of himself (that’s how Elizabeth got her severed finger; it got cut when the tear closed). It seems all very confusing but that’s how BioShock Infinite works, the story is based on a complex and structured theory of parallel universes, where decisions divide the current universe, creating a new dimensional tree and successive branches.

Resuming to Infinite’s timeline, Booker is promised cleanse if he rescues a certain girl, Elizabeth, from a future timeline: “Bring us the girl and wipe away the debt”. To a shattered mind, any deal seems reasonable, as long as it ends the pain… but soon enough Booker learns about a whole new world. Nothing is as he thought. And Elizabeth introduces a whole new reality. Together they explore the secrets of Columbia, a mysterious city in the sky, discovering that the doom days of today are just the beginning of a much darker future ahead of them. Lead by the fanatic hands of Father Comstock, the city of Columbia is bounded to a clouded judgment. The known prophet has enslaved his own daughter in order to take and manipulate her powers and use them as he best wishes. Elizabeth’s ability to control timelines is probably the major flaw in the game, there’s simply no explanation or information about her unnatural powers to create and manipulate time tears. Anyway, her powers can be used to simply annihilate any parallel universe – a deadly weapon that will forever change the world, as we’ve known it.

Booker and Elizabeth will join forces to stop Comstock’s insanity but every physical effort seems worthless, even his own death won’t change a thing. He may die in this dimension but he’s alive everywhere else, the madness will continue. The only solution is to break the whole tree, back when the universe divided itself due to a possible choice: Booker’s baptism. As we get to know, Booker is also Comstock, his future version after accepting the baptism. Once the baptism is concluded, Booker is reborn as a new man (in a philosophical way), he is free of guilt and assumes a new identity – he can be whoever he wants to be. Booker, now as Comstock, ends up being an evil man, in which religion becomes a pretext to do any kind of malice. Using Elizabeth’s ability to time travel, both protagonists go back in time, before the baptism possibilities were even a reality. Only by exterminating the tree’s roots, it is possible to eliminate the ramifications. And that’s how we see BioShock Infinite depart; many versions of Elizabeth drowning Booker, before he had the chance to accept or decline the baptism. This way he never becomes Comstock and no universe will fall victim of this religious mad man. Other questions may rise with this event, such as Elizabeth’s existence, she is Booker’s daughter; killing him will, supposedly, cease her own existence, however while Booker is drowning we see most Elizabeth’s fading away except one. I don’t think she would mind sacrificing her life to save an infinite number of dimensions but the hint given is that she survives and it wouldn’t be much of a surprise with her powers to manipulate time and the universe itself.

Many people have been questioning the last scene of Infinite’s, which relates Booker in a room, probably his home, running towards a baby’s crib, calling for Anna (Elizabeth), his daughter. Players never get to know if there’s any baby in the crib and we have no real evidence about what the whole scene means. It could, in fact, mean anything; it’s a world of possibilities as the game itself. It could be Booker in another dimension, where he didn’t sell his daughter. It could be Booker’s last memories before fading from this world…

[Doors] They’re a million million worlds. All different and all similar – Elizabeth.