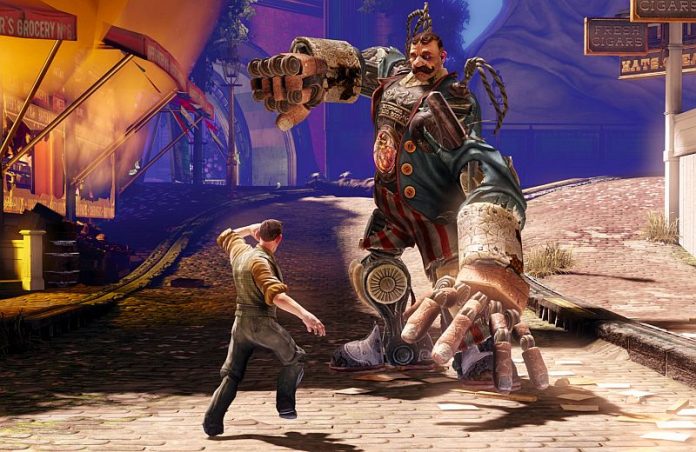 New Bioshock Infinite trailer has been just published — „Lamb of Columbia”, as its called, focuses on the character of Elizabeth — young female accompanying the player throughout the game helping him with her supernatural abilities enabling her changing the reality around her. Who she really is and why her powers are so valuable for the Founders — political party ruling the city of Columbia — we will discover while playing the game.

As I said, there is also a trailer that has been released and you can check it out below. Trust me, it’s pretty amazing!

What is more, Ken Levine on his blog has announced that Bioshock Infinite has gone gold. That means there is very little chance for any further delays and basically the game is ready for manufacturing and distribution to shops; finally after three years since the first announcement in August 2010.